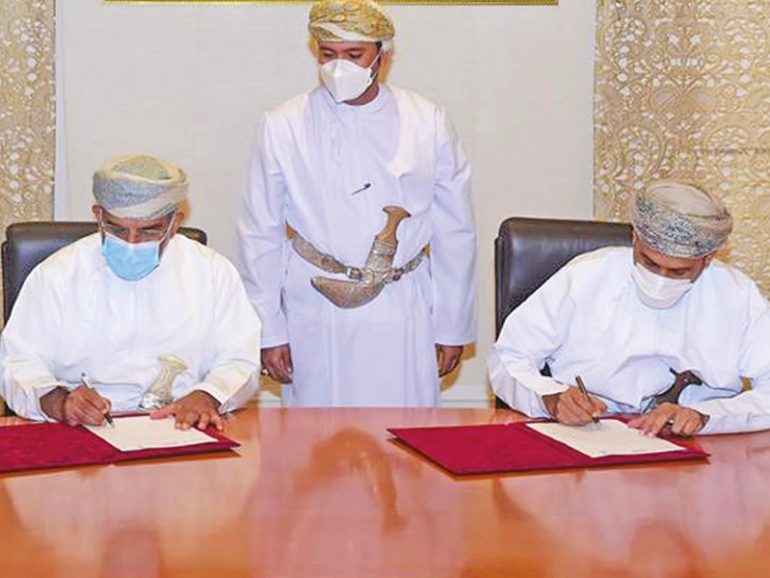 The Environment Authority and Nama Group signed an agreement on Wednesday to allocate RO100,000 to support the national initiative to plant 10mn trees in Oman.

The initiative, launched in August will continue for a period of five years, until September 2026. Oman Water and Wastewater Services Company (OWWSC) will participate in the implementation of projects and initiatives to plant trees in the various wilayats of Oman according to the approved plan. OWWSC will also provide treated water from its sewage stations.

On the occasion, H E Dr Omari said that the cooperation with Nama Group in joining the 10mn trees plantation drive will have a significant impact in supporting the national initiative.

“It is a model for cooperation between government institutions and the private sector,” he said.

He confirmed that the national initiative, according to the plan adopted by the authority, has been progressing well. “The process of cultivation of saplings has been going on in various governorates, and the nurseries have been expanded and new nurseries established. They have been provided with seeds from the seed bank established for the purpose.”

Eng Wahaibi said the cooperation with the authority is part of an extension of the programmes of the Nama Group emanating from group’s sustainability policy, “through which we aim to reduce carbon emissions”.

He added, “Through the partnership, we seek to harness the material, technical and human capabilities that the group possesses to support the authority’s plan to plant 10mn trees.”