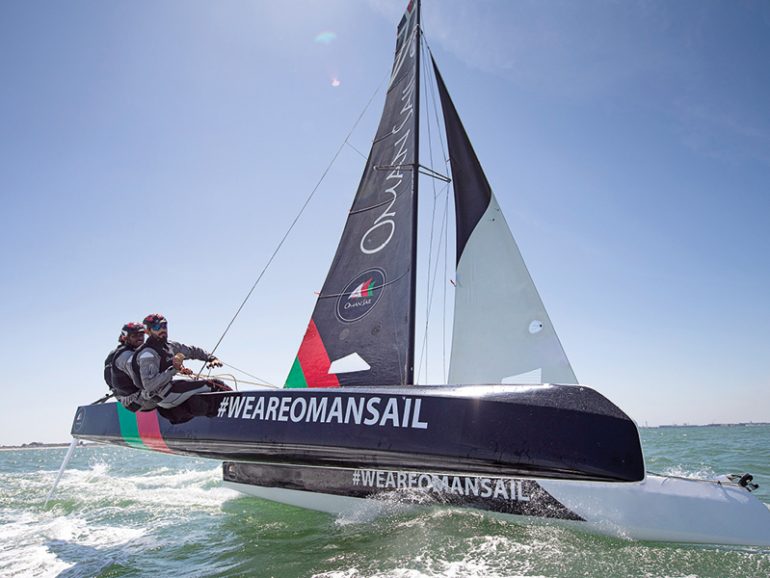 Five Oman Sail sailors will participate in the Marina Militare Nastro Rosa Tour 2021, which will be held in port cities along the Italian coast from August 26-September 20 ahead of their participation in the Star Sailors League Finals.

The Omani sailors will take part in the first six of the eight stages before joining their teammates in Switzerland to train for the Star Sailors League Finals, which will be held from September 21-October 4.

Oman will field a 12-member team for the Stars Sailors League Finals, which will compete against professional teams from around the world for the Sir Roland Symonette Trophy in the first major international tournament for Oman’s elite sailors since March last year.

Mashari said, “We are all eager to get back on the water and take every opportunity we can to learn, train and compete. The Nastro Rosa Tour is a great chance to gain experience on the DIAM 24 ahead of Sailing

Arabia–The Tour later this year (November 24-December 5), assess our performance and test ourselves against some very experienced sailors, both in Italy and at the Star Sailors League in Switzerland.”