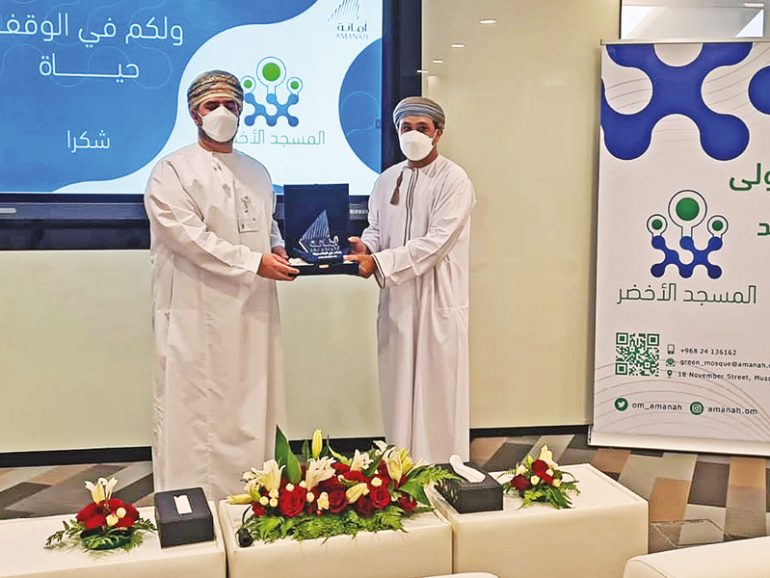 As part of its initiatives to boost uptake of alternative energy in the sultanate, Amanah – a Waqf funds management company, in cooperation with the Authority for Public Services Regulation (APSR), launched an initiative called Green Mosques on Monday that will support 100 mosques in the first year to switch to solar energy and provide for their alternative energy needs.

The Green Mosque initiative seeks to reduce the operating cost of mosques by investing RO5mn to introduce solar energy systems through three packages – 100 mosques per package – over a period of three years, stated Amanah.

‘The programme will provide investment solutions with the aim of encouraging mosques to adopt the use of solar energy by installing panels on roofs, for a fee for installation and operation,’ APSR said in a statement.

Mosques wishing to adopt and implement the programme will be able to contract with Amanah so that the latter will install and operate the solar panels for a specified period of time.

‘The mosques will achieve immediate savings in bills as around 50 per cent of the consumption will be provided by solar energy and the investment amount will be recovered over a long-term lease.’

According to the National Centre for Statistics and Information there were 16,464 mosques till 2019 in Oman. The project seeks to transform mosques into environment-friendly buildings using clean energy and utilising the surplus to generate more revenue for the Waqf establishment.

APSR stated that the systems will be owned by the mosque immediately after the end of the investment period agreed upon between the two parties. ‘This will be an important step towards achieving the directions of the Oman 2040 vision in the field of using alternative energy.’

Engineer Yousef bin Ali al Harthy, CEO of Amanah, said that this project represents the first investment of the endowment fund based on the approach of partnership and cooperation with the private sector. “Amanah seeks to participate in comprehensive development programmes in the sultanate through projects that meet the needs of the endowment system and also contributes to the economic activity in the country in particular projects that support small and medium enterprises.”

Solar energy is a vital and strategic solution for the provision of electric power in Oman given the vast unused land and available solar energy resources.

Oman receives a tremendous amount of solar radiation throughout the year which is among the highest in the world, and there is significant scope for harnessing and developing solar energy resources throughout the sultanate. Recently, Oman’s largest solar power plant, built in Ibri, started commercial operations, according to Oman Power and Water Procurement Company (OPWP). “The plant has been built on an area of 13mn sqm at a cost of about RO250mn. The Ibri project is the largest photovoltaic plant in the country to date,” Eng Ahmed bin Salim al Abri from the OPWP said.