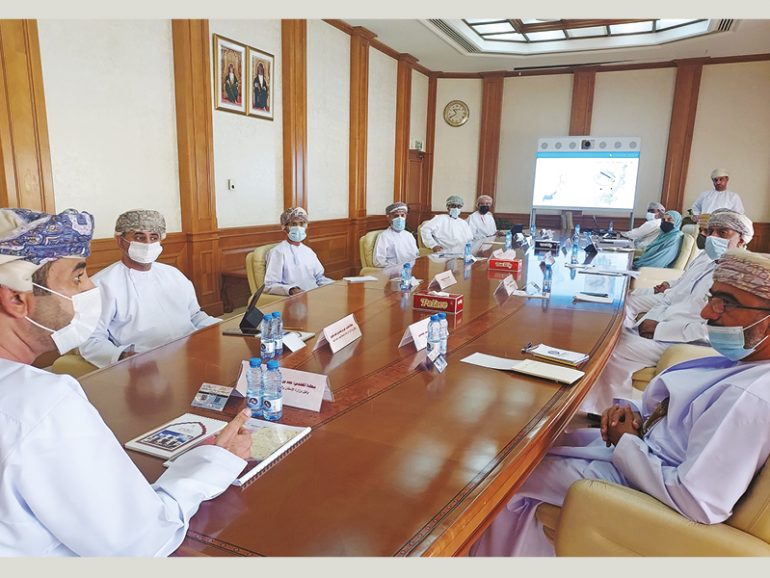 The Ministry of Housing and Urban Planning held a high-level joint coordination meeting on the impact of recent adverse weather in the wilayat of Sur, South Sharqiyah governorate, on Sunday.

The meeting reviewed the condition of the affected villages and their populations, the reasons for the floods, and how to avoid similar situations in the future.

The meeting discussed the effects of climatic conditions in the wilayat of Sur, proposed solutions for the damaged houses, appropriate measures to ensure the safety of the citizens affected by the Hajj Depression of July and future plans to avoid such situations.

During the meeting, a visual presentation was made jointly by the Ministry of Housing and Urban Planning and the Ministry of Agriculture, Fisheries and Water Resources. Presented by Eng Issa bin Salem al Hajri, director of Urban Planning Department in the Directorate General of Housing in South Sharqiyah, it aimed to find sustainable solutions to protect citizens and the area from the dangers of inclement weather in the wilayat.

Hajri reviewed the affected villages  – Sabakh, Al Batinah and Al Janah – by the depression and the extent of damage caused to the population of the area.

The Ministry of Housing and Urban Planning, a number of government authorities and charitable organisations had earlier conducted a field visit to the areas affected by the rains to assess the situation on the ground and listen to the inhabitants of the area.