Cloud seeding boosts rains by 18 per cent in Oman 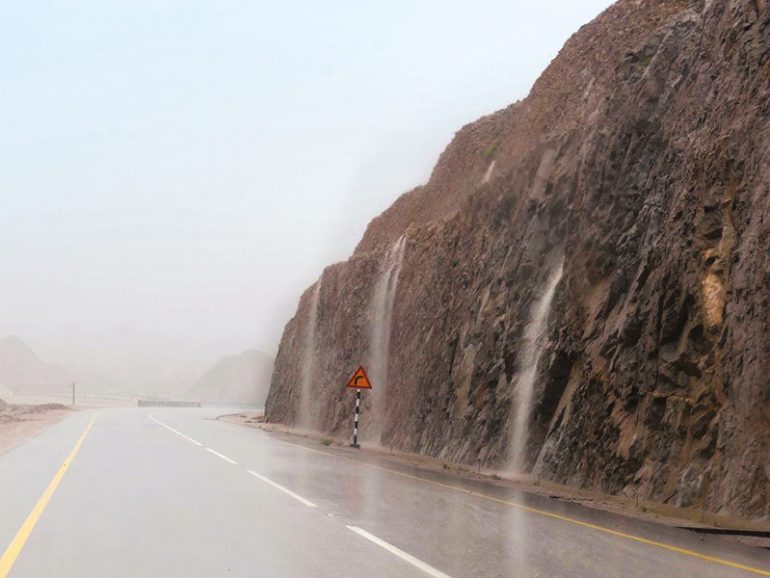 Cloud seeding has enhanced rainfall in Oman with an average increase of about 18 per cent in summer rains.

Oman’s cloud seeding efforts have seen the installation of 12 stations on mountaintops in the Eastern and Western Hajar range, as well as in Dhofar governorate. In addition, a monitoring system comprising a total of 634 rain gauges have been installed in areas located within the project impact zone.

Cloud seeding is one of several initiatives of the government in support of the sultanate’s goal to ensure sustainable fresh water supply and availability by 2030.

“The government has paid great attention to efforts of rain enhancement to support its underground water reserves. It was one of the solutions that received direct guidance from the Late His Majesty Sultan Qaboos bin Said to increase rainfall and groundwater level,” said an official of the Ministry of Agriculture, Fisheries and Water Resources.

He explained that the sultanate has made concerted efforts for solutions and alternatives to confront drought. It has developed a strategic master plan for the management and development of water resources. These efforts include enacting laws and legislation, building dams of various kinds, implementing programmes to evaluate and monitor water resources, and exploring alternatives such as desalination of seawater and wastewater treatment.

“Oman started its rain enhancement project in 2013 using emitter stations, which produce and spread negatively charged ions. These ions are transported by dust particles and rising air to the clouds to stimulate precipitation. For these stations to operate efficiently, certain climatic conditions – such as high humidity and rising air currents – are required,” the ministry official said.

Of the 12 stations, ten are located atop mountains in the Eastern and Western Hajar range and two on mountains in Dhofar.

“Detailed and in-depth scientific research and statistics confirm the success of the ionisation technology in rain enhancement. This technology has proved successful in the sultanate in enhancing rainfall over the past years during summers when 15 to 18 per cent more rain was received.”

Rainfall data is collected in various ways, including rain gauges that are installed around the rain enhancement stations in the governorates of the sultanate.

According to the ministry official, the cloud seeding stations are located atop mountains making access to these a challenging task. “A helicopter is required to reach half of these sites. To get to the others, one needs to drive along difficult mountainous roads and hike over long distances,” the official said.

The installation of rain enhancement stations at any site is done based on studies and data available on suitable climatic conditions such as high relative humidity, wind movement, appropriate altitude, and the density of clouds in the area. “Studies are ongoing across all governorates to find suitable locations for installation of additional rain enhancement stations based on environmental, climatic and topographical factors,” the ministry official said.