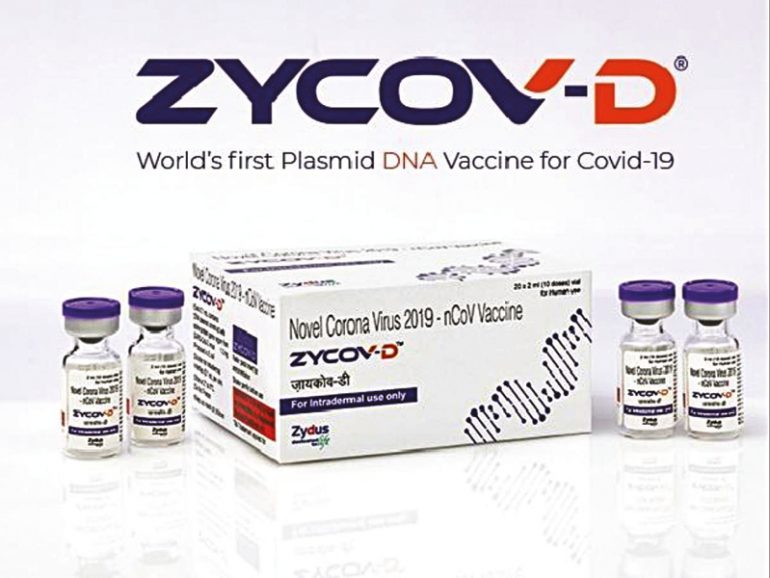 India on Friday authorised the emergency use of a second homegrown COVID-19 vaccine, which is also the first approved for children older than 12 in the country.

The approval for ZyCoV-D, which can be applied using a needle-free injector, comes with vaccination rates picking up across the country over the last few weeks.

“This three-dose vaccine… when injected produces the spike protein of the SARS-CoV-2 virus and elicits an immune response,” the biotechnology department, which partnered with Zydus Cadila, said in a statement.

“The plug-and-play technology on which the plasmid DNA platform is based can be easily adapted to deal with mutations in the virus, such as those already occurring,” it added.

ZyCov-D is now the sixth vaccine to be approved by New Delhi after Moderna, Oxford-AstraZeneca’s Covishield, Covaxin – which was developed by Indian firm Bharat Biotech, Russia’s Sputnik V, and Johnson & Johnson.

More than 574mn jabs have been administered so far in India.

The country broke its daily record earlier this week by administering more than 9.2mn vaccine doses in the mass vaccination programme which began in mid-January.

India hopes to inoculate its entire eligible population by the end of December. But with only about ten per cent – or 127mn people – having received both doses of a two-shot regime, some health experts say the country will need to further boost its indigenous vaccine production.

Logistical challenges make Indian vaccines, which don’t need any special storage facilities, the easiest to transport and use across the country.

The nation of 1.3bn people was hit by a massive spike of coronavirus cases in April and May that pushed the health care system to breaking point.