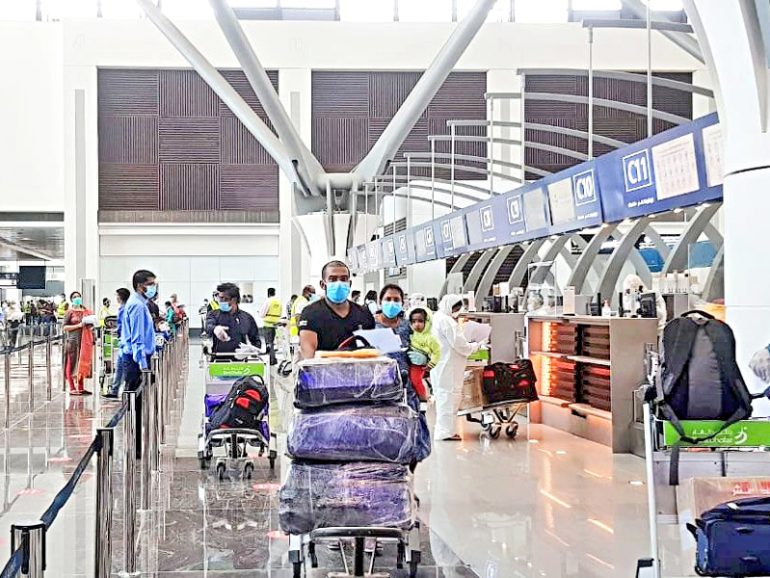 With Kuwait becoming the latest GCC country after Qatar and United Arab Emirates to resume flights from countries in the Indian subcontinent, there is growing hope in Oman that a similar decision will be announced soon.

On Thursday, Kuwait announced it is resuming direct commercial flights with India, Pakistan, Bangladesh, Egypt, Nepal and Sri Lanka following months of suspension due to the COVID-19 pandemic.

The decision came following a cabinet meeting on Wednesday. Flights from the six countries will be subject to measures identified by Kuwait’s ministerial coronavirus emergency committee, the official Kuwait News Agency (KUNA) reported.

The decision came following a decline in the number of new COVID-19 cases in Kuwait. It reported 237 new cases on Wednesday, with two deaths and 642 recoveries.

Earlier this month, the UAE lifted a ban on entry of passengers from India and five other countries starting August 5. Expats with a valid residency permit and fully vaccinated, at least 14 days prior to travel, are included in the exempted category.

Thousands of expatriates working in Oman have been stranded in India, Pakistan, Sri Lanka and Bangladesh among others as the sultanate continues to ban arrivals from these countries.

However, with the pandemic in control in Oman and in the Indian subcontinent, expats like Rahul Srivastava, whose family has been stuck in India since April, is now optimistic of seeing them soon. “I intend to travel to India as soon as people are allowed back to Oman. This will allow me to travel to India as I haven’t been home for over two years and return with my family.”

Kuwaiti also announced that residents who have received Chinese and Russian vaccinations outside the country – including Sinopharm, Sinovac and Sputnik V, which are not approved in Kuwait – can now enter the country provided they take an additional dose of one of the four vaccines approved in Kuwait.