Balushi storms into final of 100m at U20 worlds 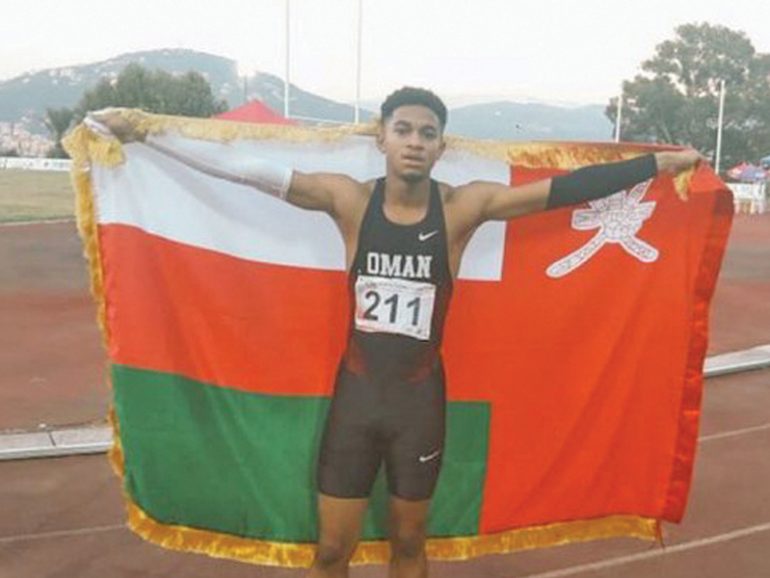 Ali Anwar al Balushi, one of the two athletes representing the sultanate at the World Athletics U20 Championships Nairobi 21, stormed into the finals of the 100m event at the Kasarani Stadium in Kenya on Wednesday.

Coached by Fahad al Mashaikhi, Balushi set a new personal best and an Oman U20 record as he clocked 10.27s to win the Heat Two semifinal race ahead of Italy’s Matteo Melluzzo (10.29).

Botswana’s Letsile Tebogo was the fastest among the three semifinal heats with a time of 10.11s.

Balushi’s timing helped him advance to the finals as the third fastest qualifier among the 24 participants behind Tebogo and Nigeria’s Godson Oke Oghenebrume (10.22).

The race to spot the fastest junior sprinter in the world will be held on Thursday.

The 19 year old Balushi made a remarkable progression at the U20 worlds as he improved from morning’s preliminary heat time of 10.59s.

Balushi qualified 18th among the 24 sprinters from the first round heat  to the semifinals. He had finished fourth in his heat, which was won by Jamaican Bryan Levell  with a time of 10.43.

Earlier in July, during the preparatory camps in Ankara, Turkey, Balushi had clocked 10.49 and 10.43 at two championships.

Besides Balushi, the other athlete at the U20 worlds is Hussein al Farsi, who will compete in the 800m event on Thursday. Farsi, who is based in Kuwait, qualified for the U20 worlds in May under the watchful eyes of his Kuwaiti coach Fahad al Shammari.