T20 World Cup to kick-start in Muscat on Oct 17 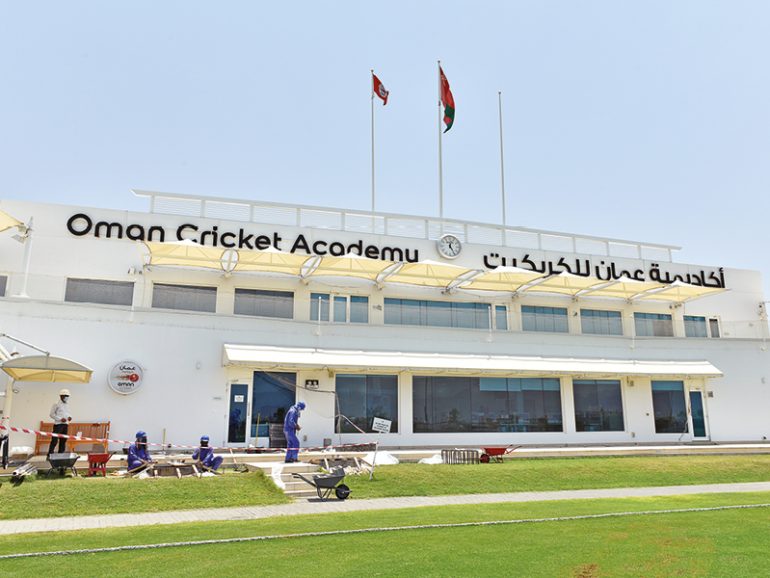 It was in August 2018 when Oman warmly welcomed the ICC World Cup Trophy at the Oman Cricket Academy Ground in style. Hundreds of children and fans were there to see the glittering trophy, which was brought to the venue in distinctive Omani style.

Three Omani women riders, dressed in traditional dresses, rode three white caparisoned horses to the claps and cheers of the fans. That was the nearest that Oman came to hosting an ICC World Cup event.

Much water has flowed since then through Wadi Amerat as Muscat now gets ready to host the 2021 ICC Men’s T20 World Cup opener on October 17.

All eyes will be on Oman when the first ball of the seventh edition of the T20 World Cup is bowled at 2pm as the sultanate scripts a historic chapter in its sporting history.

Oman Cricket (OC) chairman Pankaj Khimji has hinted that the opening match of the T20 World Cup will be preceded by an eye-catching ceremony showcasing Oman to the world. “The ICC World Cup Trophy tour to Oman in 2018 had women riders bring the trophy to the venue. This time, too, we will have something very distinctive and Omani at the opening match,” Khimji told the visiting ICC and Indian board officials during their visit to Muscat last month.

Oman will host Group B first round games, which involves Bangladesh, Papua New Guinea (PNG) and Scotland. Group A features Sri Lanka, Ireland, Netherlands and Namibia; their first round games will be held in the UAE.

On Tuesday, OC may have been a tad disappointed as it had expected more than the six games it has been allotted by ICC.

The top two teams from each group of the first round will advance to Super 12s. All the Super 12 stage and remaining matches, including the final, will be held in the UAE.

The opening day fixture between Oman and PNG (2pm) will be followed by a match between Bangladesh and Scotland later in the day (6pm) at the same venue. Next, Oman play Bangladesh on October 19 (6pm) and then conclude their round one with a match against Scotland on October 21 (6pm).

In his remarks to the ICC, Om-an captain Zeeshan Maqsood said, “I extend a warm welcome to all teams who will be playing in our country in the ICC Men’s T20 World Cup. This is a wonderful opportunity for us to be turning out in a global ICC event on our home ground – to show the world what we are capable of as players and as a venue.”

“Our preparations are on track under the guidance of coach Duleep Mendis and we aim to be at our best, come October 17. In our group, we will be playing against Bangladesh, Scotland and Papua New Guinea. All these teams are very skilful, and we are looking forward to competing against them to the best of our ability. I’m sure there will be thrills aplenty in the much-awaited tournament.”

Oman coach Mendis expressed confidence in his team advancing to the Super 12 stage. “We have defeated Scotland and PNG in the past and I have the confidence in my boys. Though no team can be taken lightly at this stage, we have the home advantage,” said the former Sri Lankan great.