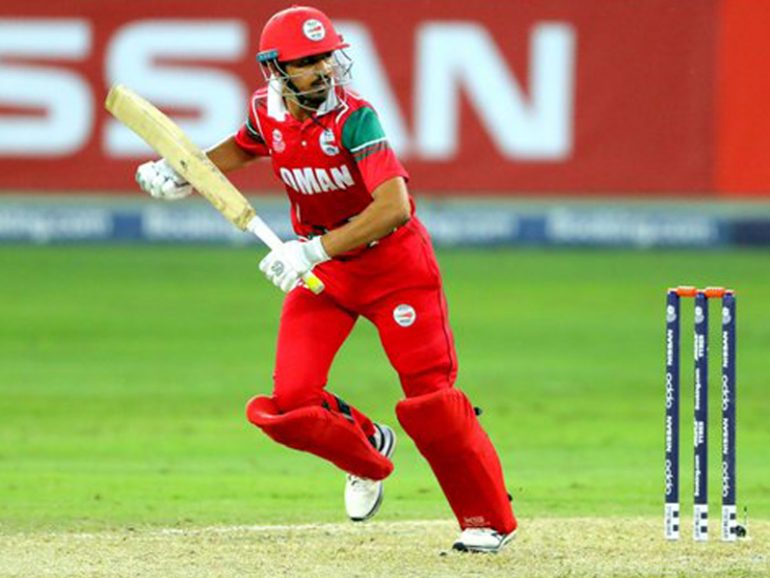 Oman will look to go one better than their one-victory effort five years ago at Dharamshala, India.

The occasion is certainly not lost on right-hand batter Aqib Ilyas, who has struck two centuries and six fifties in his international career thus far.

Likely to play an important part in Oman’s campaign, the middle-order player was not a member of their 2016 campaign, though understands the scale of the tournament, especially as an opportunity for the game’s emerging stars to stand up.

“The T20 World Cup is one of the most popular sporting events taking place on the planet,” Ilyas told T20worldcup.com on Tuesday.

On paper, Bangladesh will provide Oman with the biggest test in their group, though the collective experience of  Scotland and PNG’s heavy T20 focus means Oman’s bid to progress, even in home conditions, will be no easy task in the eyes of Ilyas.

“All the teams are really competitive and they will try to give their best to secure their spot (in the Super 12 phase).”

Building from the last campaign and after a solid qualification campaign, coach Duleep Mendis is once again at the helm, keeping a tight ship alongside a unified team of support staff. As the mercury climbs during the day in Muscat, Oman’s preparation at home has been physically demanding, though Ilyas and the team are not using the conditions as an excuse.

“We’re really committed under the coaching of Duleep Mendis. The boys are working really hard as the weather is not supportive, it’s really hot, around 45 degrees.”

Oman were the last team to enter the tournament, beating Hong Kong by 12 runs in the playoff stages of the ICC T20 World Cup Qualifier 2019.