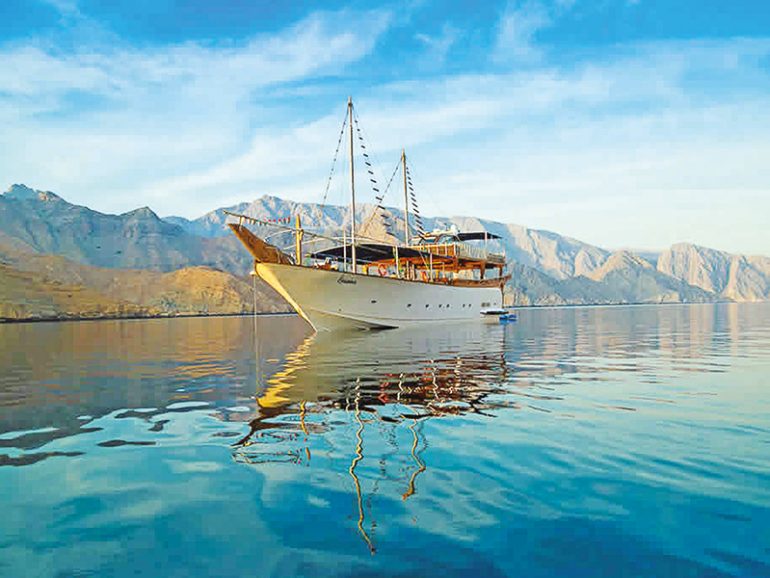 The success of Musandam Sea Adventure Travel and Tourism has put the spotlight on the youth as they have shown how dedication can spur growth and bring recognition even for small organisations.

According to Abdul Fattah Ahmed al Shehhi, chairman of the company, Omani youth proved their competence and excellence through the tourism company.

Musandam Sea Adventure has been recognised by several tourism organisations and won awards as a leading operator in the Middle East.

Shehhi said that this story of success began in 2001, when the company was started with only a single vessel and was only the second such tourism-specialised company in the governorate of Musandam.

The company was founded by a committed team of individuals who with many years of experience in the tourism industry saw the need for more intimate, exclusive and personal tours.

“In 2002, I received an invitation from a German company, whose officials previously visited us in the governorate to participate in an exhibition to promote tourism. In the exhibition, we highlighted tourism and related products offered by us to tourists wishing to visit islands, fjords and creeks in the governorate.”

He added that in 2006, he utilised German expertise to help him attract tourists and to promote his company.

“We hired Omanis as well but only eight of them remained while the others found other jobs in the public and private sectors.”

He further said that the company got favourable response from tourists from both inside and outside the sultanate.

Soon the company was transporting 200 people a day, which forced Shehhi to increase the number of operating vessels. “In 2012, I designed a yacht specifically for the project, and it was launched in December 2014, eventually attracting more tourists.”

The company offers various packages in different vessels. A trip on a shared vessel costs RO15 for citizens, while for people of other nationalities it costs RO20. Yachts can also be booked fully, depending on the number of people, and costs between RO45 to RO55.

Shehhi informed that the monthly revenue during the winter season hit RO70,000 and in the summer RO30,000, before the COVID-19 pandemic.

“Nowadays, revenues do not exceed RO5,000 as a result of the current circumstances and the suspension of tourism activities.”