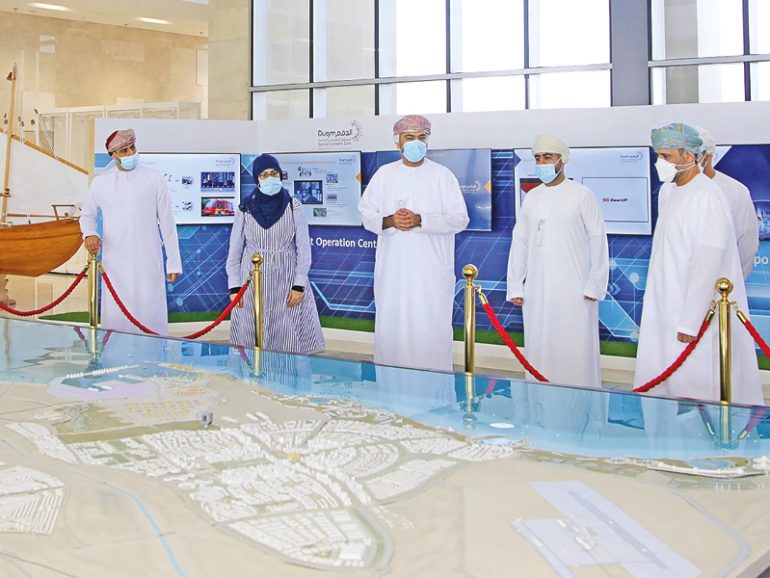 The Public Authority for Special Economic Zones and Free Zones (OPAZ) organised a field visit for the Steering Committee team in charge of supervising the zone designated for artificial intelligence (AI) in Duqm on Saturday.

This came after the recent announcement by OPAZ allocating an area of 18sqkm to support and encourage the use of modern techniques, including artificial intelligence in the Special Economic Zone at Duqm.

Ahmed bin Sale al Farsi, chairman of the committee, said, “The authority is seeking to achieve several key objectives. They include the localisation of investment opportunities in the field of artificial intelligence, drone experiments and future technology, in addition to building basic infrastructure to apply e-government strategy and smart cities.

“This will create research opportunities in the zone under the supervision of the committee for practical and academic uses, and help overcome the challenges and difficulties facing the implementation of artificial intelligence projects, drones and future technology in the zone.”

The meeting of the committee at the Special Economic Zone at Duqm concluded after agreeing on the initial plan of the zone designated for artificial intelligence, while preparing the activities that can be exercised within the zone, as well as the incentives and facilities to be offered to investors in Artificial Intelligence Zone.