Solar only alternative to subsidies 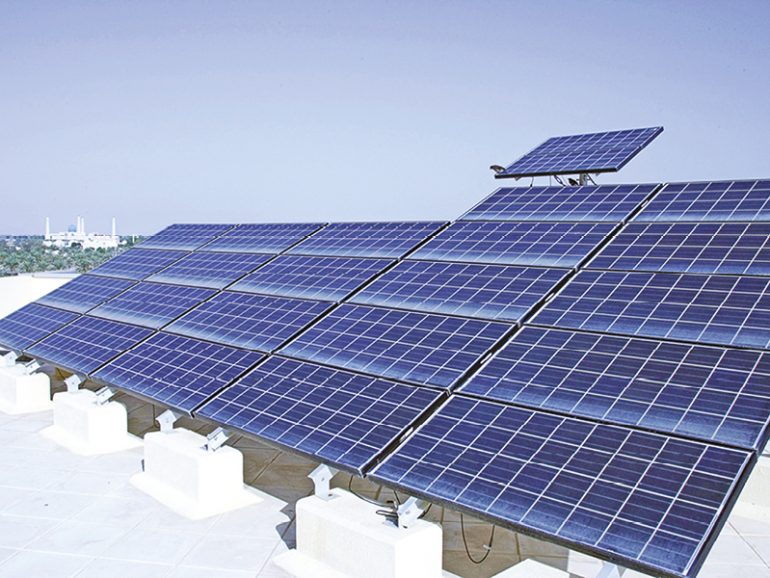 Solar energy is the solution to avoid sky-high electricity bills, according to specialists. In the wake of the concerns that have been raised recently about the new electricity tariff, experts affirm that the solution is to opt for clean renewable energy so that citizens become producers, not consumers.

They point towards four ‘pathways’ to 2040, all of which involve a major rise in renewable energy usage. The International Energy Agency sees 43 per cent more solar output by 2040 than it expected in 2018, partly due to detailed new analysis showing that solar power is 20-50 per cent cheaper than thought earlier, according to the agency’s report titled World Energy Outlook 2020.

Speaking to Muscat Daily, Sumaya Nasser al Rawahi, founder and business development manger of Green Universe Enterprise, said, “The field of solar energy is still developing. We need more projects to lower the cost and persuade citizens to move to this clean energy. The government must introduce subsidies or soft loans to all, especially to the industrial and commercial sectors. And it needs to introduce penalties on emissions as well as credits for emission reduction.”

Sumaya explained that solar energy has become a solution to the high cost of electricity. It will gain popularity if the government gradually removes subsidy on electricity while giving incentives for solar power.

Though the initial capital needed to set up solar energy operations is high, for commercial and industrial use the payback is less than five years. The payback period will be reduced when the government removes subsidies, 100 per cent of which is expected to be removed by 2025.

To spread awareness on the benefits of solar energy in society, Sumaya said, “In 2011 when I was in high school, I didn’t know what is renewable energy or the different resources of renewable energy. This topic was very new in our country; no one talked about it at the time. It was difficult educating myself about renewable energy. In Oman, we still don’t have any university that offers a Bachelor’s degree in renewable energy, and very few schools teach  renewable energy as a subject. Our youth are the future. Educating them about clean energy will ensure safeguarding our environment and our future.”

To date, Green Universe Enterprise has installed solar panels in eight projects of different sizes in a span of 18 months. It has nine ongoing projects for both residential and commercial purposes. “Solar energy used in residential units have lowered electricity bills by 80 per cent. The saving you can make on electricity cost by using solar energy systems depends on the space available in your house to install solar panels.”

According to Majid al Alawi, owner of Continental Shelf of Solar Tech, most people know the importance of solar energy and the government  should now increase production of solar energy to make it easier for people to install solar panels in their homes.

“Installing solar panels will benefit citizens and residents by reducing electricity bills and preserving the environment. The citizen, with his installation of solar panels, will become a producer, not a consumer of energy,” said Alawi.

He observed that the solar energy sector in Oman needs factories to produce raw materials for solar panels, and that the country must ramp up solar energy projects to save the environment and relieve pressure on electricity companies, especially in the summer, besides reducing electricity bills.

“We have installed solar panels in 60 houses in different parts of the sultanate. We have also installed panels in some companies, schools and Sohar Port. I urge citizens to install solar panels to become energy producers and support the government’s efforts to achieve self-sufficiency in clean energy,” said Alawi.