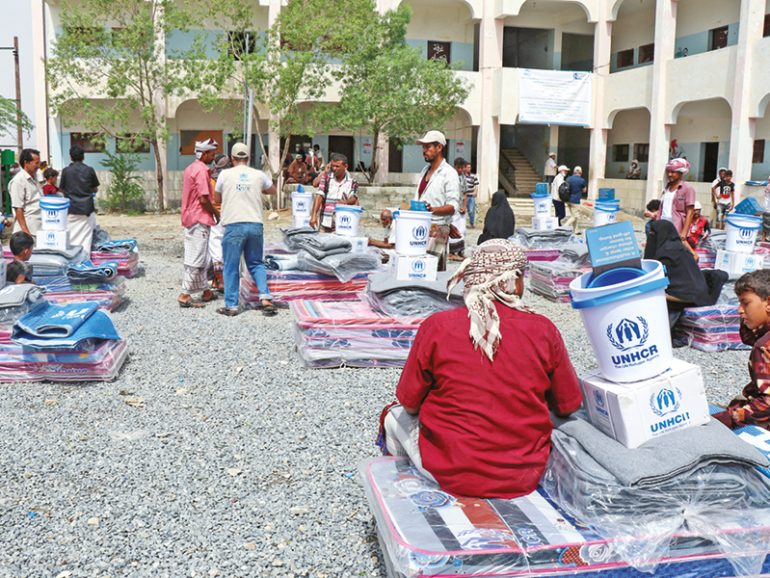 The sultanate is working passionately on this file with all parties: Tim Lenderking

The United States has lauded the central role that the sultanate, led by His Majesty Sultan Haitham bin Tarik, has undertaken to resolve the Yemeni crisis by bringing disputing factions to the negotiation table to help reach a peaceful solution and safeguard the stability of Yemen and the region at large.

Tim Lenderking, US Special Envoy to Yemen, said, “The sultanate is keen to reach an end to this crisis. Oman is working passionately on this file with all parties.” The US and key countries in the region, represented by Oman and Saudi Arabia, are working to reach tangible solutions, according to Lenderking, who noted the parties’ support for a ceasefire aimed to lend a glimmer of hope to the Yemeni crisis.

Speaking about the visit of His Majesty the Sultan to Saudi Arabia last month and his meeting with the Saudi Monarch, Lenderking said that the summit tackled ‘pivotal issues’, the most important of which was the Yemeni file and ways to reach a peaceful solution to the existing crisis.

Lenderking also reaffirmed that his country has offered US$165mn to the Yemeni people to help alleviate the humanitarian crisis witnessed by the country and its people. He explained that such aid will help those most needy segments meet their basic needs.

He expressed Oman’s aspiration for working with him on such an important dossier along with the sultanate’s determination to continue with the efforts aimed at providing a solution to the crisis in Yemen at the earliest.

Sayyid Badr also hoped that the professional experience of the new UN Special Envoy to Yemen will contribute to the efforts extended to ensure a comprehensive and permanent ceasefire by all parties and to ease the flow of humanitarian aid.