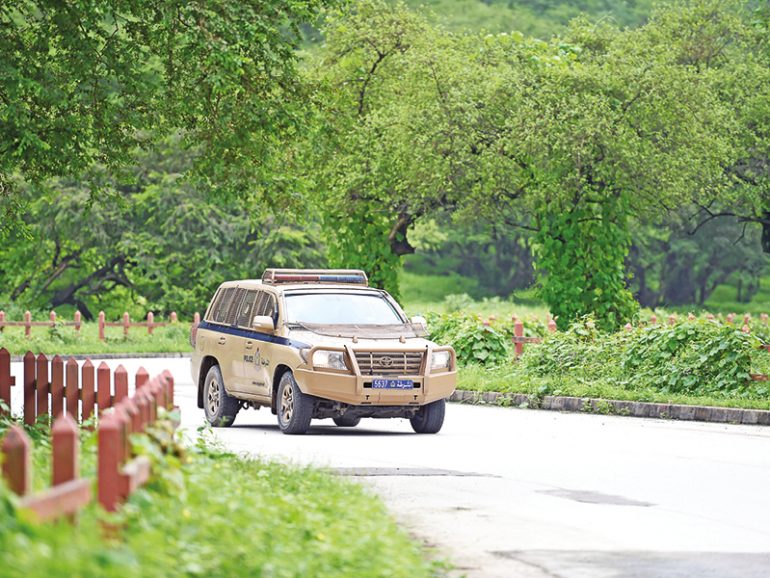 The Royal Oman Police (ROP) said that it dealt with a gathering of a large number of motorcyclists in residential neighbourhoods and some people drifting their vehicles and damaging grassy areas in Dhofar.

Lt Col Suleiman bin Saeed al Jabri, director of operations in Dhofar, said, “Dhofar Governorate Police Command monitored some violations, such as the gathering of a large number of motorcyclists in residential neighbourhoods and rural areas, which caused disturbance to the public comfort and endangered drivers and others. Some people were drifting their vehicles and damaging grassy areas.

“The police also dealt with reports of heavy truck accidents on the road leading to Salalah.”

‘The Royal Oman Police, represented by the Dhofar Governorate Police Command, in light of the COVID-19 pandemic during the khareef season continues its efforts by taking all preventive measures in the aspects of security and traffic, especially on roads leading to tourist sites, and directing the public not to gather and crowd,’ the ROP said.

“The governorate police are making great efforts, most notably activating checkpoints in the wilayats of Thumrait, Hasik and the Harit region,” Lt Col Jabri said, adding that “the police are also ensuring that the visitors have received the COVID-19 vaccine before entering Dhofar.”

The ROP has urged all to cooperate and abide by the procedures of the Supreme Committee to limit the spread of the virus.