Port of Salalah handles 2.1mn containers in first half of 2021 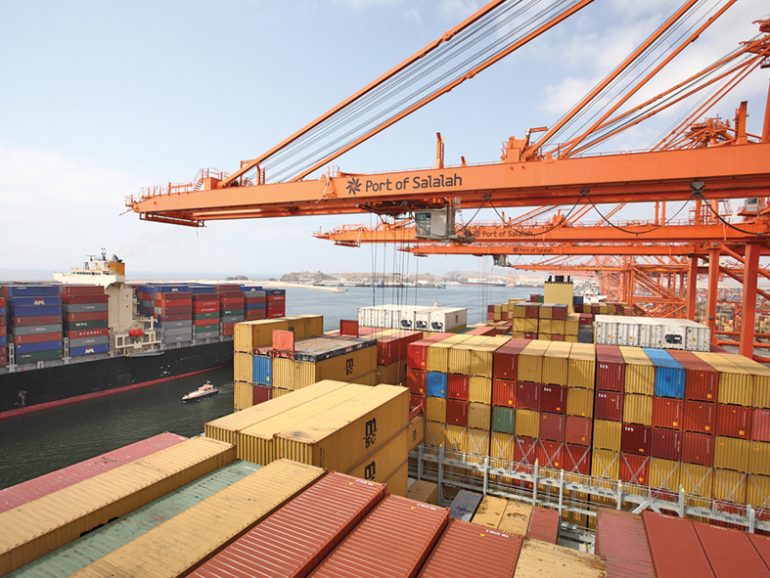 More than 2.1mn shipping containers were loaded and unloaded at the Port of Salalah during the first half of this year.

Besides steady growth in operations and logistic services, the Port of Salalah also handled 8.8mn tonnes of general cargo goods in the first six months of 2021.

In a statement to Oman News Agency, Mohammed Oufait al Shanfari, executive manager of Salalah Port Services Company, said, “Despite challenges posed by the COVID-19 pandemic, the Port of Salalah had achieved a positive growth in 2020 also. In fact, it made the largest volume of container handling ever—a record hit of 4.3mn containers, compared to 4.1mn in 2019.”

The index measures the operational efficiency shown by a port when receiving container vessels and handling them.

Flex Hub has been developed in cooperation with Maersk and support from Asyad Group and the Royal Oman Police (ROP) Directorate General of Customs. The aim is to cut down cargo handling time by 60 per cent to 80 per cent.

The second product – development of simultaneous sea and air transport via Salalah – minimises logistics cost, the period of handling goods when transporting them to markets in Europe, the United States or African countries. Both products have been developed after passing the trial periods.

Speaking about employment in higher and medium posts, Shanfari said that more than 80 per cent of the company’s staff are Omanis with advanced expertise in managing operations.