Historical monuments in Hamra get facelift to boost tourism 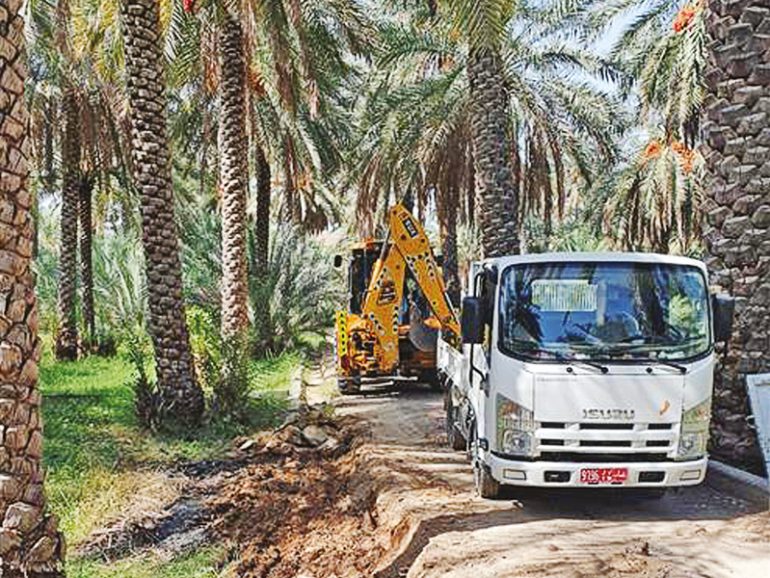 In a move to support tourist sites, the Committee for the Development of the Wilayat of Hamra continues to restore a number of archaeological and heritage sites.

The integrated project being carried out in cooperation with public and private sector institutions targets historical monuments and heritage houses.

Nasser bin Hamdan al Naabi, a member of the Hamra development committee, said the wilayat is famous for its ancient sites and the people of al Hamra continue to restore old hara (areas) and roads.

On a hike in the hara, a visitor can see old buildings and monuments on either side, some of which are estimated to be hundred years old, built in a unique architectural and geometric way.

Naabi said, “The ceilings of the houses were all built from stones taken from the mountain slopes adjacent to the village.

The hara is also characterised by its architecture, which is predominantly harmonious and socially connected and embodies the traditional residential environment through its rare architectural collection. The houses look like one house. People also restore landmarks such as mud entrances of Hara, commonly called sabahat.”

Naabi said such old sites with palm and lemon orchards are restored and made into tourist attractions.