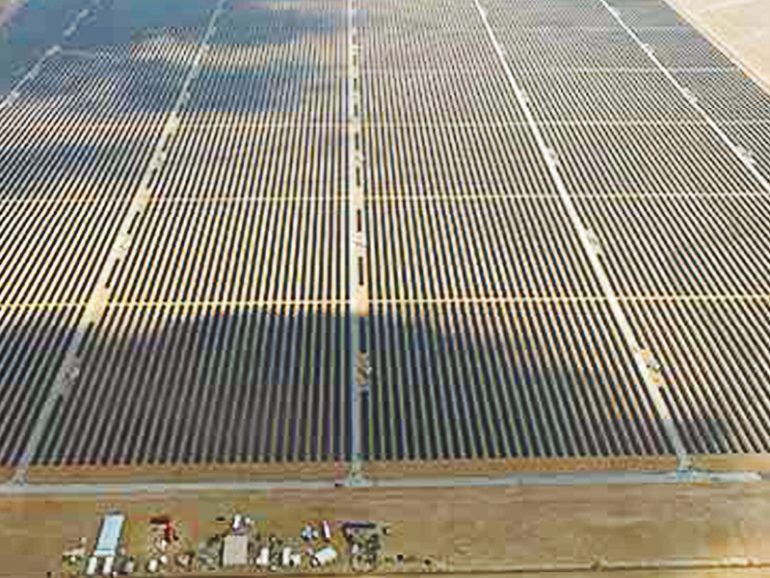 The Ibri II is a 500MW photovoltaic (PV) solar power project which is located in the Dhahirah region, and is the first utility-scale renewable energy facility in the sultanate.

In an interview with Oman TV, Eng Ahmed bin Salim al Abri from the OPWP said, “The plant has been built on an area of 13mn sqm at a cost of about RO250mn. The Ibri project is the largest photovoltaic plant in the country to date.”

He added, “The project is part of the sultanate’s efforts to diversify its sources of energy, which are primarily derived from fossil-fuel-based products such as oil and natural gas. It is part of the country’s Tanfeedh plans for economic expansion.

“It is expected to play a strategic role in building the sultanate’s renewable production capacity.”

According to Eng Abri the project aims to achieve the vision of the Omani government in adopting a renewable energy policy.

The government aims to achieve 30 per cent of its energy through renewables by 2030.

According to OPWP, the Ibri II can power up to 33,000 homes and remove 340,000 tonnes of carbon dioxide emissions from the country’s footprint per year.

The Ibri II independent power producer (IPP) project is being implemented under the build, own and operate (BOO) model by the Shams Dhahira Generating Company, which is a special purpose vehicle (SPV) incorporated by ACWA Power (50 per cent), Gulf Investment Corporation (40 per cent), and Alternative Energy Projects (10 per cent).