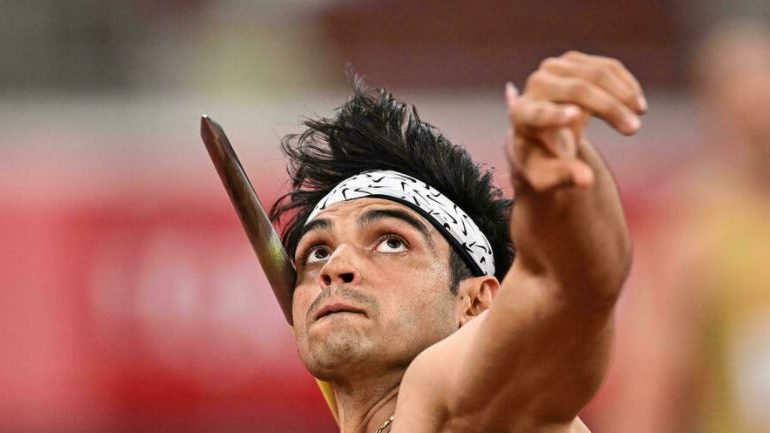 Chopra, 23, managed a winning best of 87.58 metres to go one better than India’s previous best — two silver medals won in the 200m and now-defunct 200m hurdles at the 1900 Paris Games by British-Indian Norman Pritchard.

Bollywood music boomed out on the stadium tannoy after Chopra had launched his sixth and final throw, in the knowledge he had won gold.

The farmer’s son sprinted the length of the infield, an Indian flag fluttering over his shoulders.

Chopra had came into the Olympics with the fourth best throw of the year and lived up to his form as a faltering Johannes Vetter of Germany struggled and failed to qualify as one of the top eight.

Vetter, who threw seven times over 90m between April and June, including a season’s best of 96.29m, eventually finished down in ninth.

“It was a tough competition,” the 28-year-old said, complaining that he was having problems not over-running his launch on the surface.

“If you watch the throws again, you can see it’s not the right surface for me. It’s a good surface for all the runners, for all the nice world records and Olympic records on the track, but not for a javelin thrower like me. So it really makes me sad.”

Vetter added: “It’s like driving a car on autopilot. You can’t brake, and I have to brake to throw far.

“I was trying everything. I was trying in every throw and every warm-up throw to find the right technique for this surface.

“I was trying to change some technical things to get the right block on this surface, but it was impossible today.”

“I’m happy for him, but he has another blocking technique as he showed in the qualification.”