Pact signed to set up fish collection centre in Dhofar 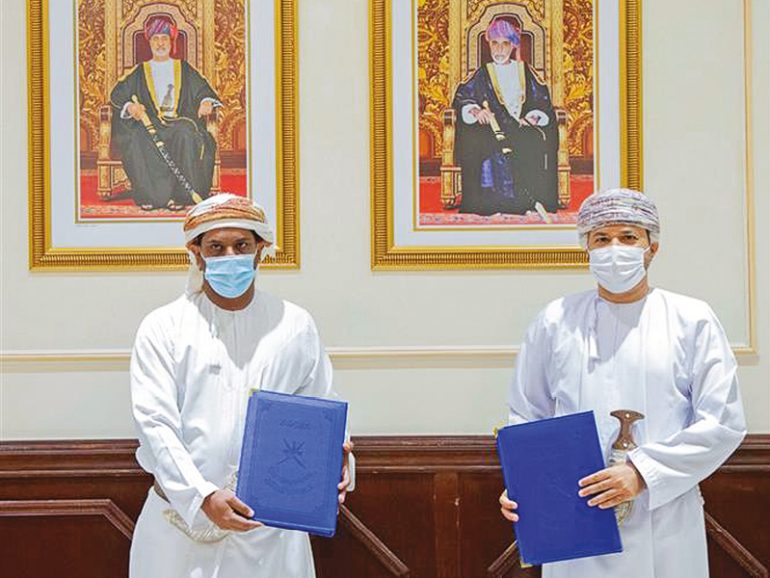 In a step to support the fisheries sector and increase national income, the Ministry of Agriculture, Fisheries and Water Resources has signed an agreement with Mawarid al Ezz Trading Company to establish a fish collection centre in Sherbath in the wilayat of Shaleem and Halaniyat Islands in Dhofar governorate.

The project, to be built on an area of 9,696sqm, will include a fish-handling hall, cold stores and ice-producing factory, in addition to other facilities, such as shops, rest houses for fishermen and transporters, and workshops for repairing boats. The project aims to raise the quality of fish products.

The ministry said it will also facilitate all beneficiaries involved in the fishery sector (transporters, companies, merchants, retailers, owners of fish sale shops and restaurants), control the quality of fish products, and implement controls and legislations concerned with organising fish marketing and distributing fish to meet the needs of the market.

‘Production in the artisanal fishing sector was about 793,000 tonnes while coastal fishing reached 4,000 tonnes, commercial fishing accounted for 41,000 tonnes and around 1,000 tonnes of fish was produced in farms,’ the ministry said.

The quantity of fish exports reached 283,000 tonnes and was valued at RO128mn.

The ministry has launched several programmes to develop the fishing fleets as part of its endeavour to develop the artisanal and coastal fishing sectors and support commercial fishing in the high seas. It launched an advanced fishing boats programme that aims at introducing 270 state-of-the-art boats by the end of 2023.

‘We have also prepared a plan to develop the coastal fishing sector,’ the ministry added.