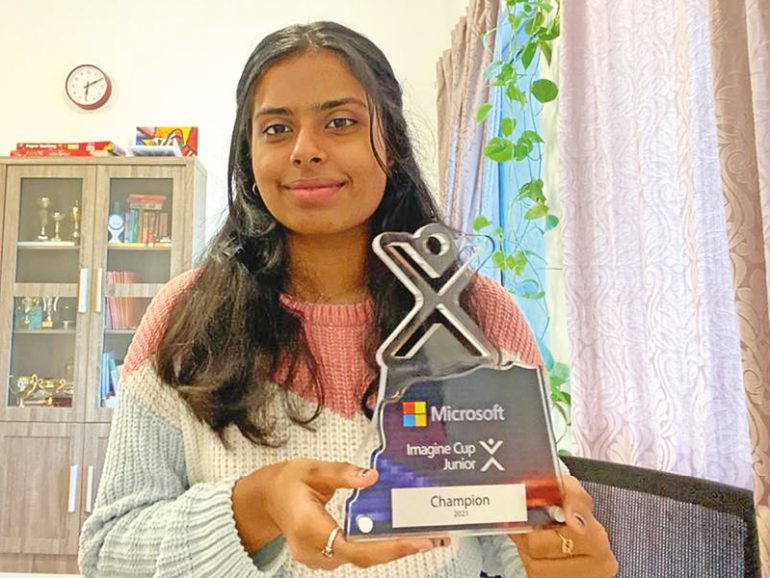 Vaishnavi Manivannan, a 16-year-old student of ABA Oman International School, is in a team that ranked among the top ten winning teams of Microsoft’s Imagine Cup Junior 2021. She has been over the moon after this recent achievement with her teammates from Western Canada High School in Calgary, Alberta, Canada.

The team, which coordinated efforts on virtual platforms from January to May, presented a language learning tool for the hearing impaired called ‘Here to Hear’. It received much praise from the evaluating panel of the competition.

Microsoft’s Imagine Cup Junior is open to students between the ages of 13 and 18 and Vaishnavi got to know about it from a research academy that her teammates from Canada introduced her to. They presented themselves as an international team in which she was the only representative from Oman, all other members being from Canada.

The team met weekly on Discord to discuss their ideas and opinions on the project. It was difficult for every member to be present at every meeting because of time zone difference and other commitments but they regularly updated each other about their progress.

“We wanted to work on a technology that would increase accessibility of a specific sector of the population. One of my teammates had talked about the deaf or hard of hearing (DHH) community and this is what helped us finalise our idea to focus on helping this community. ‘Here To Hear’ is a language learning tool that uses artificial intelligence (AI) to help children with hearing impairments communicate better,” Vaishnavi said.

She has been interested in computer science, bioinformatics and anything tech-related from an early age. “I started to develop an interest in AI and machine learning (ML) after discovering their potential. From self-driving cars to analysing mammograms for tumours, AI has a wide array of fascinating applications in the real world. I have taken various online courses to learn about AI and ML.
“I have also spoken to multiple professionals in this field to get a lot more insights. Since middle school, I have been participating in summer camps to work on projects with peers from all over the world. I can say that the constant practice and efforts I put into the projects I work on have been helpful in increasing and furthering my interest in AI.”

Vaishnavi’s team – Samantha Ouyang, Daisy Zhang, Caroline Huang, Simrit Mangat and herself – ranked among the top ten global winners of the competition. They received a trophy, a cash prize of US$300 and certificates acknowledging their participation and achievement. They were also privileged to have a mentorship session with Anthony Salcito, vice president of Microsoft.
“We haven’t divided the cash prize yet and will most probably be using it to develop our project further,” Vaishnavi said, adding that the team is looking forward to receiving mentorship from Microsoft so that they can further develop ‘Here to Hear’ and use it professionally in the real world.

Acknowledging the support and inspiration she received from her family, Vaishnavi said, “They’ve always inspired me to keep working hard and stay determined to face challenges and overcome them. I’m glad to have them by my side at all times.”

About her ambition, she said, “I hope to learn, build and grow with extraordinary people on exciting projects. I want to be able to contribute to the field of AI and computer science. It might sound cliched but I want to make some sort of difference in this field. I know my mindset to genuinely keep growing will pave the way towards realising my ambition.” 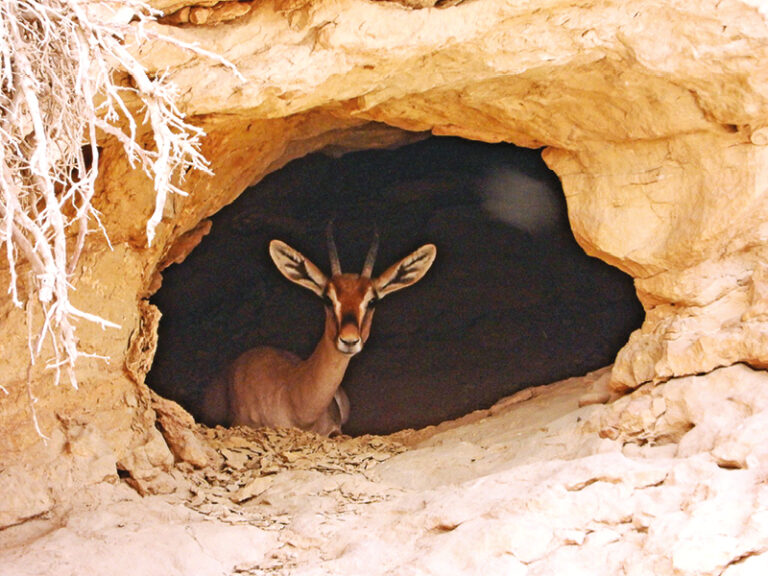