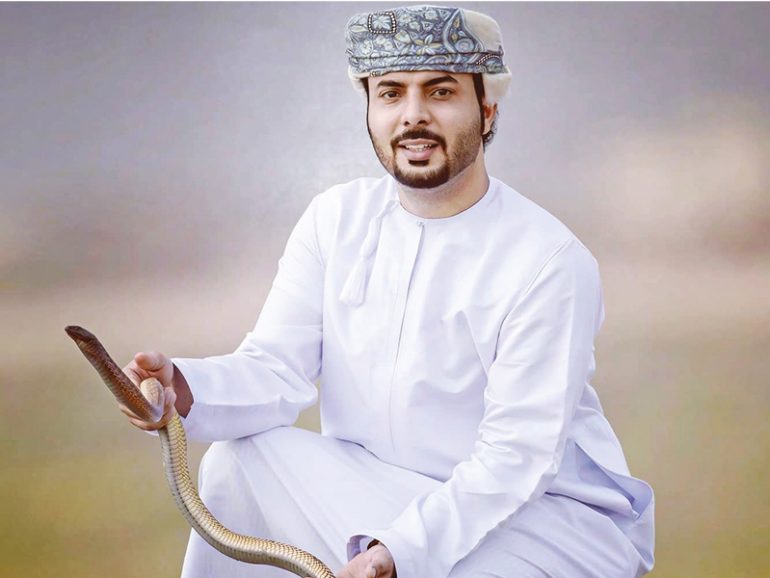 To document Oman’s wildlife, cobras in particular, Abdul Rahman Saeed al Omari, 28, from the wilayat of Mirbat, Dhofar governorate, has made a short film on snakes found in the sultanate.

Speaking to Muscat Daily, Omari said the film was shot in December 2020 in Dhofar. The two-minute film called Arabian Cobra is the first documentary on the orange Arabian cobra in the sultanate, claims Omari.

Omari feels that it is important to document cobra species, to better understand the life of snakes in their natural habitat.

“Snakes are an important part of the environment in Oman. There are both poisonous and non-poisonous species. The film aims to spread awareness to preserve the natural environment and help adventure seekers identify the different species of snakes found in their natural habitat in Oman,” he said.

“I developed the hobby of catching snakes in childhood when I caught the first live snake in my life at the age of six.”

Curious to find out more about snakes, his passion took him to explore and study more about them.

“I studied about their types and the extent of their toxicity. The only means for me at the time was manual examination, which was possible only after catching the snakes.”

The passionate adventurer has visited many sites in Dhofar to catch snakes with a friend, Ahmed al Busaidi from the University of Nizwa. Together they have exerted a lot of efforts to search for snakes and gather the correct information about them.

According to Omari, the most common species in Oman include the Arabian cobra, saw-scaled viper, puff adder, wadi racer, tree snakes, sand viper, sand boa and the cat snake.

For snakebites, Omari recommends going to a hospital immediately. “Snakebite victims must avoid putting pressure on the wound,” he said. “If you are bitten by a snake, do not be nervous. Stay calm and move away from the site quietly. If possible, see the snake to know its pattern and colour. It’ll help the doctor decide the treatment.”

To see the film, go to https: www.youtube.com/watch?v=EwdTxHYsswY