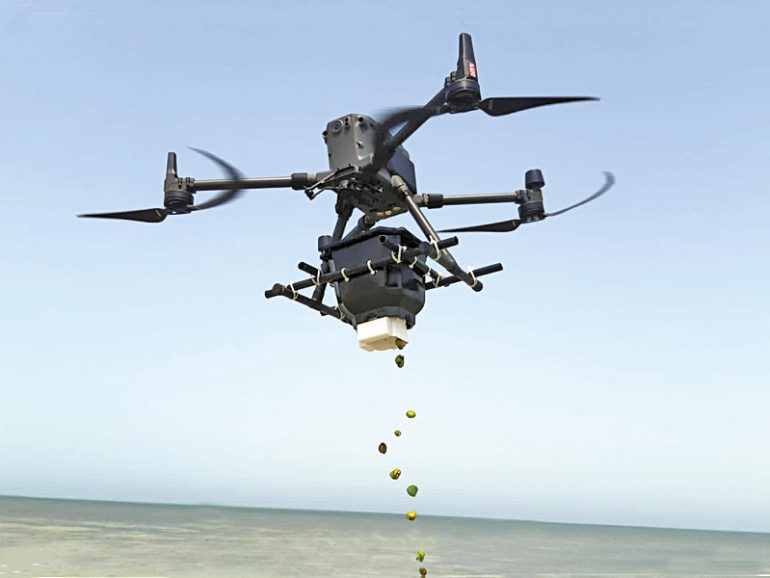 As part of its efforts to plant 10mn wild trees, Environment Authority (EA), in cooperation with Petroleum Development Oman, is implementing a project to plant 1mn mangrove seeds in the Wetland Reserve in the wilayat of Mahout, Al Wusta governorate.

The project is being implemented using drones for the first time in the sultanate in mangrove cultivation operations, an official of the authority said.

“The campaign started in August 3 and will continue till August 6. It is part of the national initiative to plant 10mn wild trees in the various governorates of the sultanate.

In 2020, the authority  planted6,500 saplings in various coastal areas. Mangroves are considered to have great benefits in maintaining ecological balance and preserving beaches from erosion while helping the growth of commercially valuable fish and other marine creatures, according to the EA official.