Sultanate’s campaign ends with a whimper 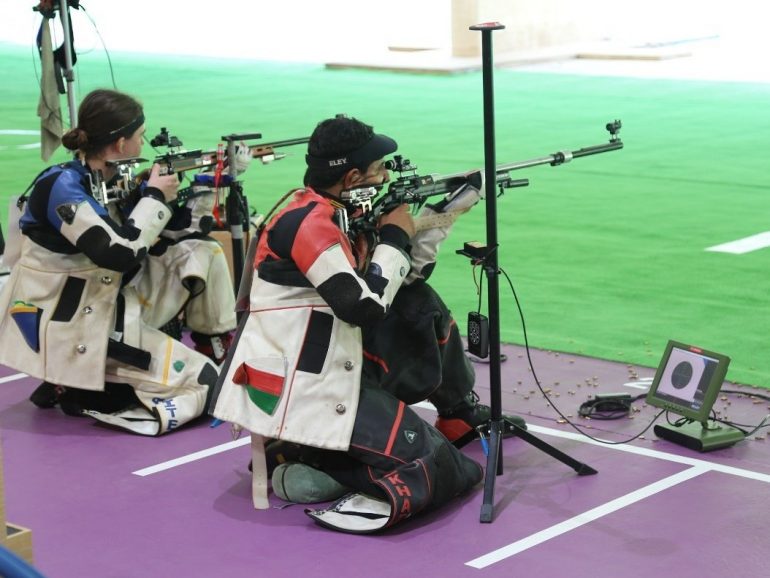 Oman’s campaign at the Tokyo 2020 Olympics ended with a whimper on Monday with shooter Hamed al Khatri failing to advance from the qualification round of the men’s 50m rifle 3 positions event at the Asaka Shooting Range.

Khatri, an experienced marksman, was competing in his second successive Olympics and could record only a total of 1,148 to finish a disappointing 35th among the 39 competitors.

Russian Olympic Committee’s Sergey Kamenskiy topped the qualification round with 1,183.

The top-eight qualified for the final round with the eighth shooter, Belarus’ Yury Shcherbatsevich, advancing with 1,176 score. Later in the final, China’s Changhong Zhang claimed the gold with a world and Olympic record score of 466 to edge Kamenskiy (464.2). Serbia’s Milenko Sebic won bronze with 448.2.

Speaking after later on Monday, Khatri said, “I learned a lot with my participation today. It has boosted my confidence to compete against the best and I hope to use this experience in future for better results. My aim was to better my personal best score but with a world-class field, it was a big challenge. I failed to achieve it but I will try to work on my weak areas. I am hopeful that I will be able to come up with much improved results in future.”

All the five had failed to achieve the qualification marks for the Tokyo Games and were selected after receiving IOC’s ‘invitation cards’.

While debutant Amur al Khanjari, aged 20, managed to better his personal best (combined lift of 317kg) in the 81kg weightlifting event, another debutant and Oman’s flag bearer at the opening ceremony, Issa al Adawi, aged 22, bowed out in the opening round of the 100m freestyle swimming event with a time of 51.81s, far below his personal best of 51.69s.

The two sprinters had contrasting fortunes with Barakat al Harthi recording his season-best time of 10.27s in the preliminary heat but finishing sixth in the first round heat with a time of 10.31s to bow out. The 33-year-old Barakat had clocked 10.37s earlier this season during a meet in Turkey.

The other Omani athlete to have participated in three Olympics is Asian Games gold medallist and legendary 400m athlete, Mohammed al Malki. Malki competed at the 1984, 1988 and 1992 Olympics.

The only woman sprinter at Tokyo 2020, Mazoon al Alawi, clocked 12.35s in the preliminary 100m heat to make an early exit. At the Rio Olympics, Mazoon had managed to advance to the first round but failed to repeat in Tokyo.