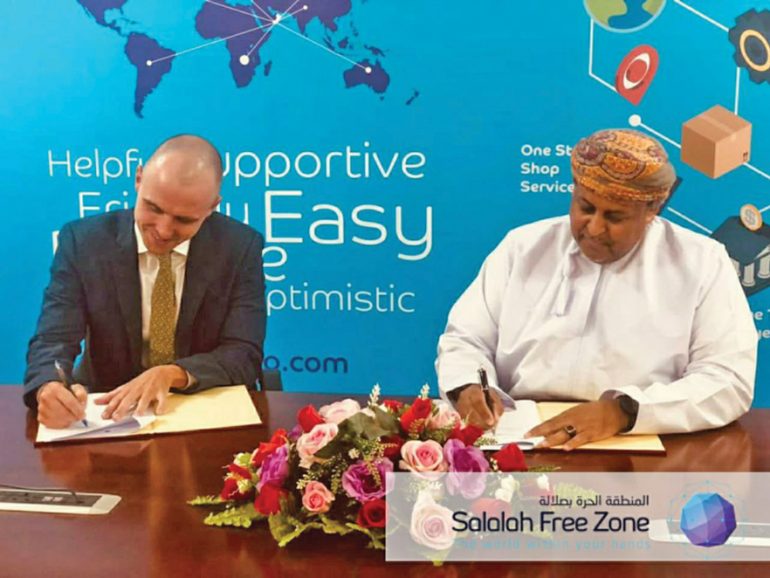 Helios Towers signed an agreement with Omantel in May 2021 to acquire Omantel’s passive tower infrastructure portfolio of 2,890 sites, for a cash consideration of US$575mn. It is anticipated that the transaction will close by the end of 2021.

‘We are glad to announce that Helios Towers has established its first distribution hub in the Middle East in Salalah Free Zone, becoming a leading telecommunication tower infrastructure provider in Oman,’ Salalah Free Zone announced in a tweet on Monday.

Through its transaction with Omantel, Helios Towers will establish its presence in the Middle East region and become a leading independent tower infrastructure provider in Oman with 2,890 sites.

Upon closing the transaction, Helios Towers and Omantel will enter into a long-term service contract for an initial period of 15 years.

Helios Towers has also committed to build at least 300 new towers in Oman over the next seven years.

“We view Oman as a very attractive and supportive market for foreign investments, with strong growth and exciting future prospects. We will be further investing capital in Oman as we add to the tower count through greenfield build-to-suit site development and colocations, enhance the current tower portfolio and develop a talented local Omani team,” Kash Pandya, chief executive officer of Helios Towers had said in a press statement in May.

“We look forward to working with Omantel and other mobile network operators over the coming years to further develop next generation mobile infrastructure solutions and services in Oman,” Pandya said.

Helios Towers said, similar to its other markets, Oman represents a compelling market for telecoms with its combination of a growing and urbanised population.

‘It is forecasted that 3,000 new points of service will be required over the next six years, driven by the incumbent operators Omantel and Ooredoo and also new entrant, Vodafone partner Oman Future Telecommunications, who received their license in January 2021. In addition to these strong growth dynamics, the Omani market benefits from a hard-currency dollar-pegged environment,’ the company said.