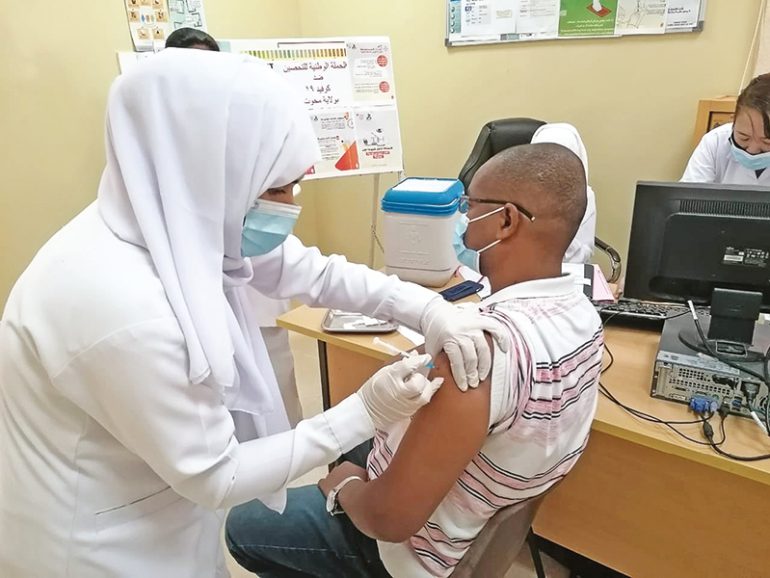 To achieve broad immunity across population, the Ministry of Health (MoH) has been running a free vaccination campaign for expatriate workers in Dhofar and Duqm since June, an official at the ministry said.

“Now the ministry has started giving them the second dose of the COVID-19 vaccine,” the official said, adding that the campaign “aims to vaccinate even those, who can’t afford it”.

“The campaign is meant to speed up the vaccination process among the largest possible number of the sultanate’s population,” he said.

With the khareef season on, the official added that a lot of tourists were coming to Dhofar.

“The free vaccination programme specially for the expats has been started so as to safeguard everyone.”

The Ministry of Education, in coordination with the Ministry of Health, will start vaccinating students aged 12 years and over, starting Tuesday, at the Oman Convention and Exhibition Centre, the official said.

“The educational portal will send a text message to the guardian about the date of child’s vaccination. Student must present the booking appointment at the immunisation centre. They need to bring birth certificate or passport for age verification,” the official said.

On July 27, H E Dr Ahmed bin Mohammed al Sa’eedi, Minister of Health, said that plans are afoot to vaccinate 320,000 students in the age group of 12 to 18 years in a joint effort by the ministries of Health and Education to help them return to classrooms next semester.

“Oman has so far received 2,623,180 doses of COVID-19 vaccines and it is expecting 3.3mn more doses of vaccines in the next two months and another 1.4mn doses from October to December. Oman has already booked 7,698,940 doses of vaccines,” he said.