Oman: A friend to the world 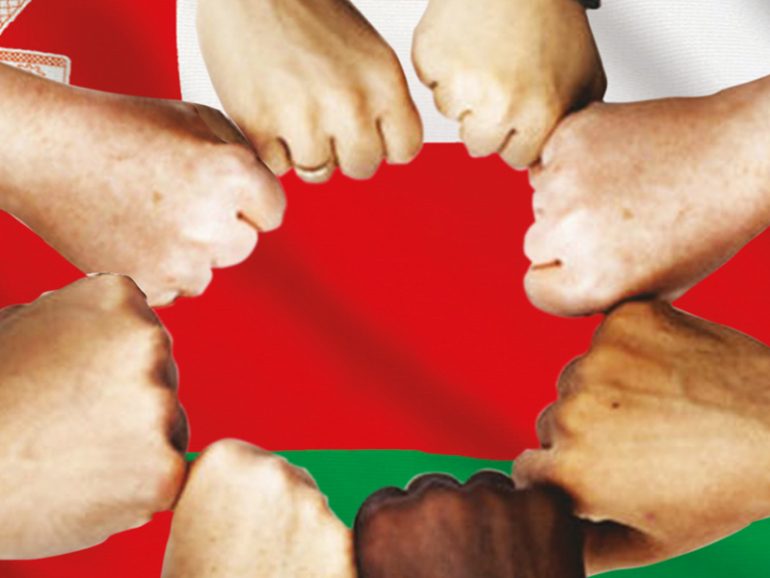 The significance of Oman’s role at the forefront of efforts to spread peace and friendship came into focus as the world celebrated International Day of Friendship on Friday. The sultanate’s friendly policies are a result of the strong pillars laid down by its leaders.

The International Day of Friendship is celebrated on July 30 annually and to mark the occasion, Muscat Daily spoke to diplomats about Oman’s friendly ties with their countries.

H E Leslie M Tsou, US Ambassador to Oman, said, “On behalf of the US Embassy and the American people, it is my pleasure to wish Oman a happy International Friendship Day.  The partnership between the United States and Oman is deep and historic.  In 1833, the United States signed a Treaty of Friendship and Commerce with Oman.  Since then, the relationship has grown exponentially based on the strong economic, cultural and security cooperation between our countries, and the strong bonds of friendship between our peoples.”

The US and Oman’s treaty of friendship and navigation of 1833 was replaced in 1958 by the Treaty of Amity, Economic Relations and Consular Rights, and the two countries established diplomatic relations in 1972.

On the occasion, H E Munu Mahawar, Ambassador of India to Oman, said the two countries share a special and deep friendship that is rooted in millennia-old historical links and based on mutual trust and respect. “Today, India-Oman relations have evolved into a vibrant, multifaceted and strategic partnership. There is strong desire among the leadership and peoples of both countries to nurture and further strengthen these bonds of friendship,” he said.

Oman has been working tirelessly to promote good and equal relations with other countries, adopt a policy of good neighbourliness and non-interference in others’ internal affairs, and respect international law, conventions and customs.

According to Embassy of Italy in Muscat, the sultanate’s stance and approach of friendship comes from the Late Sultan Qaboos bin Said’s vision of Oman as a friend of all. His Majesty Sultan Haitham bin Tarik has promised to follow the same vision for the promotion of ‘peaceful coexistence between nations’.

“With its firm foundations and principles to support right and justice and a desire to work together with other peace-loving countries to promote peace and stability in the region, Oman built a foreign policy that countries of the world admire and respect,” Alessandro Garbellini, chargé d’affaires at the Italian embassy, said.

“The partnership and friendship between Italy and the sultanate is based on the respect and promotion of these same principles. Italy and Oman share an established tradition of collaboration in culture, heritage preservation and the arts as well as at the economic level in the fields of engineering, infrastructures, energy and transport. Such cooperation is broadening to more and more sectors, including fisheries, technology, education, manufacturing, environment and tourism, further fostering the ties between the two friendly countries,” he added.

H E Kim Chang Kyu, Ambassador of South Korea to Oman, said, “The Republic of Korea has been deeply grateful for all the support and assistance offered by the sultanate. The benevolence, tolerance and passion for peace of the sultanate are the foundation of our amicable partnership.

“Under the wise leadership of His Majesty Sultan Haitham, the bilateral relations between our two friendly countries will further develop for the benefit of our peoples.”

Being an active member in all international organisations of the United Nations, Oman prioritises respect for international laws and conventions, and supports cooperation between countries and regions.

H E K K Ahsan Wagan, Ambassador of Pakistan to Oman, said, “As Thomas Aquinas said, ‘There is nothing on this earth more to be prized than true friendship’. On this occasion, let me state that Omani people are the most friendly and welcoming people on earth. They are kind, honest, courteous, polite and helpful and their relations with expatriates are exemplary.

“I have the honour of enjoying their unmatched hospitality. With these unique characters, Omani people hold a special place in the community of nations. During these challenging times when the world is suffering from a global pandemic, I pray for everyone’s safety and wellbeing.”

The sultanate’s strategic geographical location has an impact on linking it with many countries that overlook the Arabian Sea and the Indian Ocean. This in turn outlines its foreign policy and relations with neighbouring and other countries, reflecting on safety of navigation and freedom of transit, thus preserving the security and stability of the region.

On the occasion of International Day of Friendship, H E O L Ameer Ajwad, Sri Lankan Ambassador to Oman, said the visionary leadership of the Late Sultan Qaboos followed by His Majesty Sultan Haitham bin Tarik in adopting a consistent and cordial approach has helped the sultanate establish friendly relations with the entire world. “The relations between Sri Lanka and Oman are deep rooted and characterised by bonds of friendship,” the Sri Lankan envoy said.