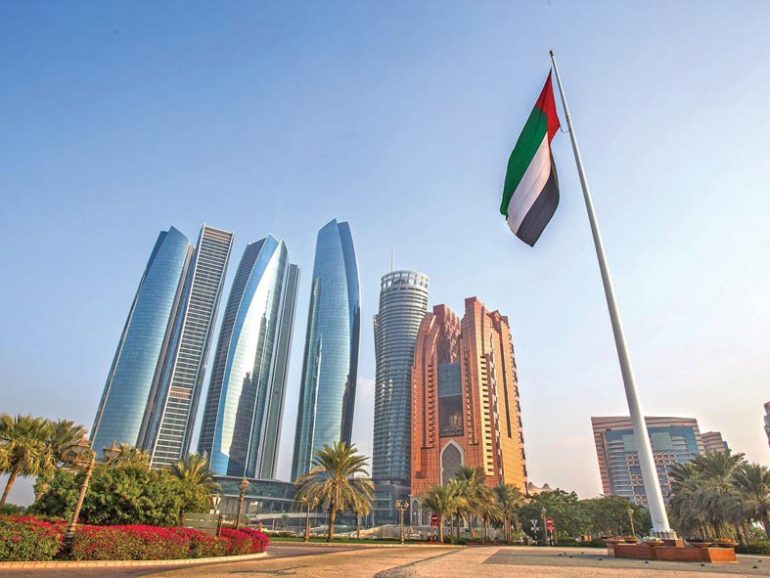 Abu Dhabi will slash the cost of establishing new businesses by ‘more than 90 per cent’ from today to increase the ‘competitiveness regionally and internationally’ of the emirate, already a magnet for commerce.

In recent weeks authorities have ramped up efforts to woo new business to Abu Dhabi, one of seven emirates that make up the United Arab Emirates.

Corporate taxes are practically zero in the UAE as it seeks to diversify its previously oil-based economy.

‘Business setup fees in Abu Dhabi emirate have been reduced to AED1,000 (US$272) – a reduction of more than 90 per cent,’ the Abu Dhabi Government Media Office said in a statement.

The new tariff will see the scrapping of some fees that were previously payable to different public bodies and the reduction of others, and will come into force from Tuesday July 27, it added.

‘The move will significantly enhance ease of doing business in the emirate and increase Abu Dhabi’s competitiveness regionally and internationally,’ the statement said.

According to the Organisation for Economic Co-operation and Development (OECD), the UAE is among ‘jurisdictions with no or insignificant taxes’.

However, the UAE on Monday welcomed the historic deal to overhaul the way multinational companies are taxed, saying it supports the global consensus to combat tax avoidance and profit shifting.

More than 130 countries have already agreed to reforms on international taxation, including a minimum corporate rate of 15 per cent.

“The UAE is fully committed to working collaboratively with the OECD and (inclusive framework) members to further advance the technical discussions to ensure a fair and sustainable outcome can be achieved,” said the assistant under-secretary at the finance ministry, Saeed Rashid al Yateem, according to a statement carried by the official WAM news agency.

The UAE has recently launched a swathe of economic reforms.

Since June 1 foreigners have been able to create businesses and retain control of all of the capital, once only possible in special free zones, compared to a maximum of 49 per cent outside those zones previously.

Abu Dhabi and Dubai, one of the other seven emirates, have traditionally competed to host the regional offices of global businesses, attracting thousands of firms.

In June the Dubai government announced a series of reforms, due to be enacted by mid-September, aimed at reducing the cost of doing business and stimulating economic growth.

In recent months Saudi Arabia, the Arab world’s largest economy, has emerged as a competitor to the Emirates’ pulling power as it seeks to break its own dependence on oil.

With a brand new business district in the capital Riyadh, Saudi Arabia issued an ultimatum to foreign businesses in February that they must locate their regional headquarters there by 2024 or risk missing out on lucrative government contracts.