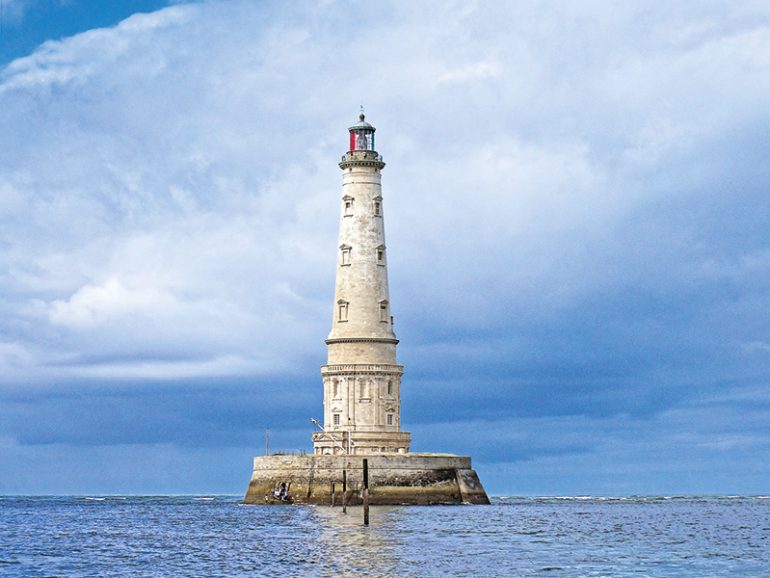 Battered by the wind and swell for 400 years and nicknamed the ‘King of lighthouses’, France’s Cordouan beacon on Saturday won recognition from UNESCO.

The lighthouse, which will be added to UNESCO’s World Heritage List, is the last to be inhabited in France and only the second after Spain’s La Coruna to win the plaudit from the world heritage body.

Cordouan was built at the very end of the 16th century and stands in the Atlantic Ocean at the mouth of the Gironde estuary in southwestern France in a highly exposed and hostile environment, according to UNESCO’s World Heritage Committee which announced its decision on Saturday.

The lighthouse was designed by engineer Louis de Foix and was later remodelled by engineer Joseph Teulere in the late 18th century.

Describing it as a ‘masterpiece of maritime signalling’, the committee added: “Cordouan’s monumental tower is decorated with pilasters, columns modillions and gargoyles. It embodies the great stages of the architectural and technological history of lighthouses and was built with the ambition of continuing the tradition of famous beacons of antiquity, illustrating the art of building lighthouses in a period of renewed navigation, when beacons played an important role as territorial markers and as instruments of safety.”

The increase in its height in the late 18th century and changes to its light chamber at the same time were also noteworthy, the committee said.

They “attest to the progress of science and technology of the period. Its architectural forms drew inspiration from ancient models, Renaissance Mannerism and the specific architectural language of France’s engineering school Ecole des Ponts et Chaussees.”

A sixth site in Saudi Arabia has been added to UNESCO’s world heritage list, the UN organisation announced on Saturday. Hima, in the Gulf state’s southwest, is home to one of the largest rock art complexes in the world.

Hima features more than 34 separate sites including rock inscriptions and wells along the route of the ancient Arabian caravans.

Prince Badr bin Abdullah bin Farhan Al Saud, the Saudi culture minister, welcomed the listing, the official SPA news agency reported. The kingdom has a “rich heritage (of) human civilisations. Efforts have borne fruit in making it known to the world,” it quoted him as saying.

SPA said Hima was a conduit for caravans on the trade and Hajj routes to and from the southern parts of Arabia. “People who passed through the area between pre- and post-historic times have left behind a substantial collection of rock art depicting hunting, wildlife, plants, symbols, and tools used at the time, as well as thousands of inscriptions,” the news agency said.

SPA said the wells in the area are more than 3,000 years old and were considered a vital source of fresh water in the vast desert of Najran province.

“They still serve fresh water to this day,” it added.

Other UNESCO sites in Saudi Arabia include rock art in the Hail region and historic Jeddah.

A west African nature reserve spanning Benin, Burkina Faso and Niger on Friday escaped a UNESCO listing as under threat despite the jihadist conflict harrowing the Sahel region.

South Africa convinced the UN body’s World Heritage Committee to back an amendment – also supported by other African states – to keep the W-Arly-Pendjari (WAP) complex off the list.

Backers argued that the countries had set up sufficient measures to guard against attacks, including stepping up patrols.

The committee nevertheless warned that “the Outstanding Universal Value of the property is faced with potential danger” if the security measures were not enough to protect it. It also said that Benin, Burkina Faso and Niger should compile a report on the conservation status of the WAP complex by 2022.

Described by UNESCO on its website as “a major expanse of intact Sudano-Sahelian Savannah” with forests and shrubs and grasslands, the WAP “includes the largest and most important continuum of terrestrial, semi-aquatic and aquatic ecosystems in the West African savannah belt.”

It hosts 85 percent of west Africa’s savannah elephants and the only viable population of lions in the region. The protected area stretches across eastern Burkina, southern Niger and northern Benin – a region at high risk of jihadist attacks where most western governments advise against travel.