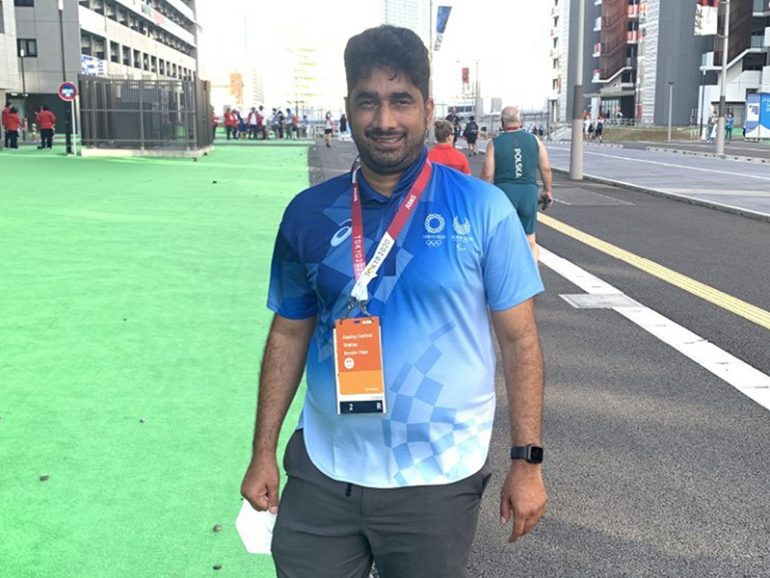 It his fourth successive participation at the Olympic Games as an official, an achievement in itself for Oman’s Shuaib al Zadjali.

The Doping Control Officer (DCO) at the Tokyo 2020 Olympic Games is a widely experienced official and is well-respected among his fraternity for his outstanding work over the past many years in curbing the doping menace.

Zadjali is also the acting general secretary of the Oman Anti-Doping Committee and began his Olympic journey as a DCO at the Beijing Olympic Games in 2008. He was then nominated for the next two Games – London (2012) and Rio (2016) before his latest inclusion at the Tokyo Games.

On his fourth successive participation, Zadjali said, “It is a great honour to attend the world’s biggest sporting spectacle as an anti-doping official. It is a great learning experience for me as I get a chance to interact with the top experts.

“The selection process is tough and I am happy to represent Oman at the Olympics and Paralympic Games.”

Zadjali will be at work for nearly 50 days as he has also been nominated for the Paralympic Games later in August.

He thanked the support of the Oman Olympic Committee (OOC) and Oman Anti-Doping Committee. Besides the Olympic Games, Zadjali has also worked with the anti-doping team at the 2018 FIFA World Cup in Russia and Asian Games since 2006 Elsewhere, experienced marksman, Hamed al Khatri, will arrive in Tokyo on Monday. This is Khatri’s second Games participation  after Rio and he will compete in  50m rifle three position event. He will be accompanied by head coach, Sultan al Rushaidi and administrative member Suleiman al Hinai.

action in the 100m freestyle heat on Tuesday.