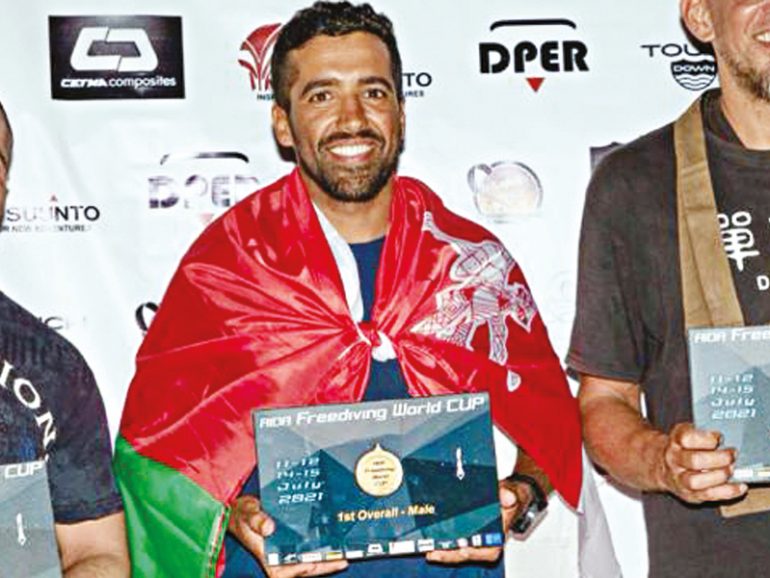 Speaking to Muscat Daily, Ghailani said, “I won gold in the Constant Weight (CWT) Bi-fins 91m, CWT, Constant Weight Without Fins and overall performance. I also got a bronze in the Free Immersion category.”

Ghailani informed that he created four new national records and broke the Asian record in the CWT Bi-fins category in the event.

He described the competition as ‘tough’ owing to the participation of experienced divers from around the world, and the temperatures encountered  in the waters to which he dives  as a ‘challenge’.

“Reaching the finals required immense concentration and determination. I prepared for the championship by undergoing one-month training in Sharm el Sheikh.”

Ghailani won the overall third place in the event last year. “I was determined to continue training to I win the championship this year.”