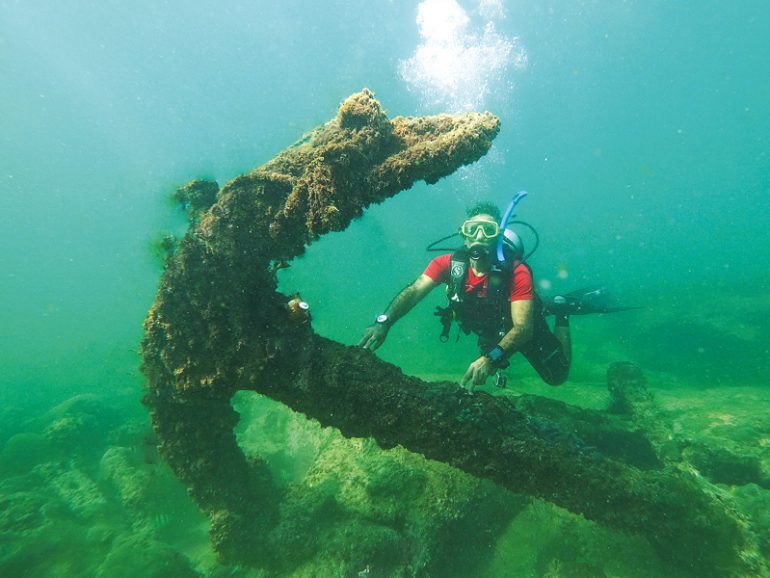 The Ministry of Heritage and Tourism (MHT) has completed survey and exploration work of a 128-year-old shipwreck off the coast of Mirbat in Dhofar governorate. The ship called Kiva set sail from Bombay (now Mumbai), India, to Mecca, Saudi Arabia, with close to a thousand passengers on board in 1893 when it sank.

Divers photographed the wreckage site for over a month documenting this marine heritage. The ministry considers this documentation one of the most important and first projects undertaken this year.

Noting the importance of discovering the wreckage of the sunken ship, Ayoub bin Naghmoush al Busaidi, Director of Maritime Archeology, said it represents a key aspect of Omani marine heritage.

‘Records show that the ship sank in the waters of Mirbat during its journey from Bombay to Mecca with 979 pilgrims – 760 men, 169 women and 22 children,’ the ministry stated.

It is believed that a fire broke out in the ship’s storage area. ‘The crew failed to contain the fire and it spread through the ship and engulfed it. The captain and his crew sailed quickly to dock at the nearest safe spot and

Residents of Mirbat rallied to rescue the passengers ashore before flames engulfed the ship. Kiva burnt all night before sinking 300m from the beach.