Mazoon all set for second Olympics 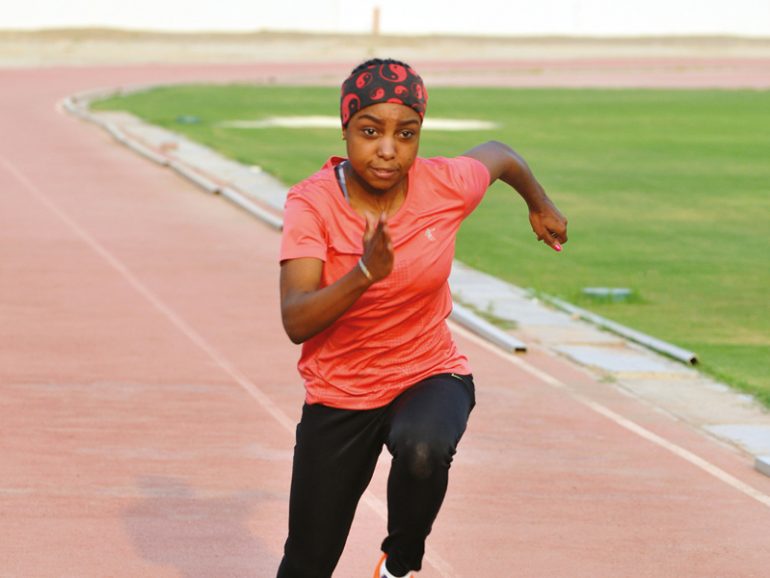 It was in 2008 at the Beijing Games that Oman entered a woman athlete for the first time. The representation of women continued at the next two Olympics – London 2012 and Rio de Janeiro 2016.

However, there were serious doubts that the forthcoming Tokyo Games, which begin on July 23, would feature a woman athlete as the initial Oman Olympic Committee (OOC) squad only had four men athletes on board.

In a late push by OOC, Oman managed to get the fifth invitation from International Olympic Committee (IOC) and the sultanate’s fastest woman sprinter, Mazoon al Alawi, was included in the squad for her second successive participation in the Olympics.

As reported earlier by Muscat Daily, 23-year-old swimmer Issa al Adawi in his very first Olympics will be the sultanate’s flag-bearer at the opening ceremony.

Besides Mazoon and Adawi, the other Omani athletes in Tokyo will be star sprinter Barakat al Harthi, experienced shooter Hamed al Khatri and weightlifter Amer al Khanjari, who will also debut at these Games.

OOC pushed for Mazoon’s inclusion in an effort to ensure gender parity, as ‘we are always keen to have a woman representative,’ according to Taha al Kishry, secretary general of OOC.

Mazoon made her debut at the Rio Games in 2016 along with fellow women shooter Wadha al Balushi (10m air pistol event).

Besides Mazoon, the Tokyo Games are the second successive Olympics appearance for Harthi and Khatri, too.

At the Rio Games, Mazoon progressed from the preliminary round with a time of 12.30s to the second round heats, where she clocked 12.43s and bow out.

The 23-year-old has since improved her timing and clocked a new national record and career-best of 11.84s in the 100m race at an athletics meet in Antalya, Turkey, in April. Her previous best was 11.85s at the Arab Athletics Championship 2017 held in Rades, Tunisia.Mazoon has also participated in the GCC Women’s Games 2019, IAAF World Indoor Championships 2018, Islamic Solidarity Games 2017, Asian Indoor Championships 2016, Nanjing Youth Olympic Games and Asian Games 2014.

All five on invitation

Oman’s sportspersons will take part in four sports with all five athletes failing to meet the qualifying mark in their respective events. The five were selected based on their recent performances.

Swimmer Adawi will compete in the 100m freestyle, Mazoon and Harthi in the women’s and men’s 100m races respectively, weightlifter Khanjari in the 81kg category and shooter Khatri in 50m rifle three positions.