‘GCC cooperation: We need to work with more focus than before’ 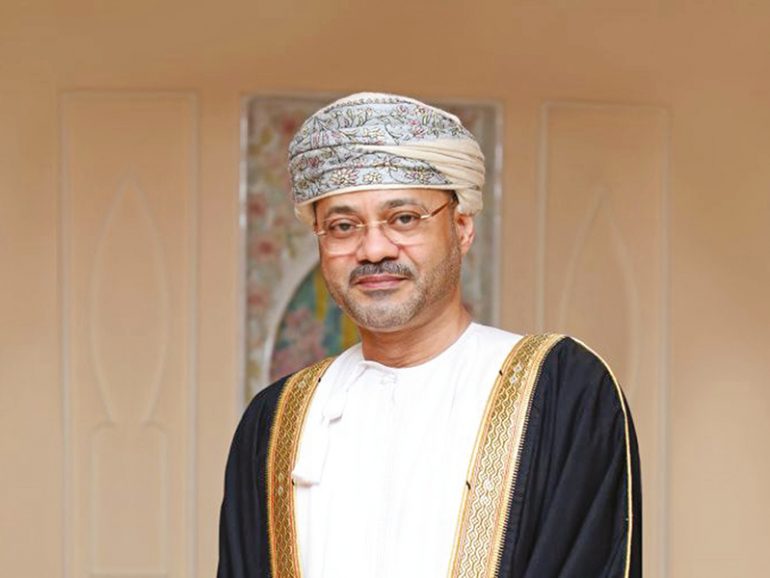 What are the most prominent political issues in the region for which the sultanate coordinates with the kingdom to find common solutions?

There are many issues but I will single out the Yemeni issue, which is of great interest, whether at the Yemeni level itself or at the regional and international levels. We are working tirelessly and continuously to stop the suffering of the brotherly Yemeni people, stop the ongoing war, and help as much as possible to achieve peace and stability for this country with which we share a border, religion, language and many cultural and social ties.

The Alula summit held in Saudi Arabia in January witnessed Gulf reconciliation. What was Oman’s role in establishing reconciliation, supporting joint Gulf action, and following up on the results of the summit?

The Omani role focused, since the beginning, in supporting the Kuwaiti mediation, which was led by the late Emir of Kuwait Sheikh Sabah al Ahmad al Sabah, and completed by Sheikh Nawaf al Ahmad al Sabah. We are now working with the foreign ministers of the Gulf Cooperation Council and its secretary general to follow up on the results of the summit held in Alula to support the various tracks of Gulf cooperation, as stipulated in the decisions and directives of our leaders, in the service of the people of the GCC countries and their future.

What is the significance of consolidating joint Gulf cooperation, especially in the economic field, as countries suffer from the effects of the decline in oil prices and the COVID-19 pandemic?

The extent of the economic effects of both the pandemic and decline in oil prices is clear to everyone. It necessitates that we now work with more focus than in the past, within the framework of one Gulf system, and work together to address this crisis. The process is never easy. It may require all of us to review and update some mechanisms, policies and priorities, some perhaps harmful and some beneficial. But we are confident in the ability of the governments and peoples of our countries to overcome these difficulties and challenges and come out of them stronger, more determined to succeed.

What prospects do you see for joint economic cooperation between the two countries?

The prospects for cooperation are great and hold many opportunities for partnership and serious feasible investment in a number of areas. I believe that the logistics sector will be considered one of the most important areas of cooperation and partnership, especially in light of the soon expected historic opening of the first direct land border crossing between the two countries and the promising projects and integrative infrastructure that will follow. I expect that the coming period will witness important movement at public and private sector levels benefiting from the kingdom’s Vision 2030 and Oman’s Vision 2040. There will be benefits from the areas of convergence and integration between these two visions, besides the advantages of the two neighbouring geographical locations, the inter-connected markets between the two countries, and their extensive network of regional and global relations.

It is very natural for there to be a council similar to what exists between the kingdom and the GCC countries, and this in itself will provide the umbrella and reference body that frames the next phase of cooperation between us. Many agreements and memoranda of understanding are expected to be signed in several sectors to support areas of common interest and benefit.

What steps are being taken by the sultanate to bring the conflicting parties in Yemen to the negotiating table and settle the crisis there?

We believe that all parties want to settle the crisis and want peace. We are working to help achieve this by trying to bring the viewpoints and perspectives closer and to settle all differences between them.

With the change in the US administration, the arrival of a new president in Iran and possible return to a nuclear agreement, do you expect a change in Iranian behaviour towards the countries of the region?

Is the sultanate leading efforts for a regional dialogue with Tehran?

No, we do not lead any such efforts. Any regional dialogue must stem from the countries of the region themselves. We support and encourage it for the benefit and interests of all our nations.

Is Oman taking steps towards being the third Gulf country to normalise relations with Israel?

Oman believes in the principle of achieving a just, comprehensive and lasting peace on the basis of the two-state solution, and this is the only option that the Arab Peace Initiative and international legitimacy affirm.