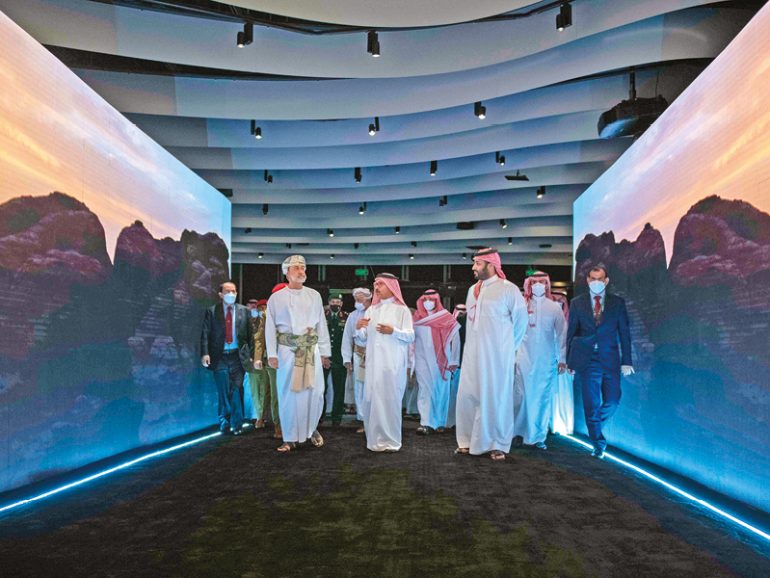 His Majesty the Sultan toured Ithra Centre and had a close look at the major projects that stem from Saudi Vision 2030.

At the conclusion of the tour, His Majesty the Sultan signed the Visitors’ Register, in which he expressed his appreciation for the efforts made by those running the centre and wished them success in their mission.

The state-of-the-art Ithra Centre is set up on an area of 80,000sqm in an innovative display envisaged by Saudi Aramco. Its external structure combines the best of traditional and modern architectures that portray the kingdom’s brilliant future outlook.

Saudi Aramco envisioned the Ithra Centre to be a space for transformative experiences to unlock the power of potential through mastery in arts, science, literature and innovation. The facility includes an Idea Lab, a library, Ithra Theatre, a cinema, Ithra Museum, a children’s museum, Energy Exhibit, The Great Hall, and Ithra Tower, all of which provide engaging and revolutionary experiences.