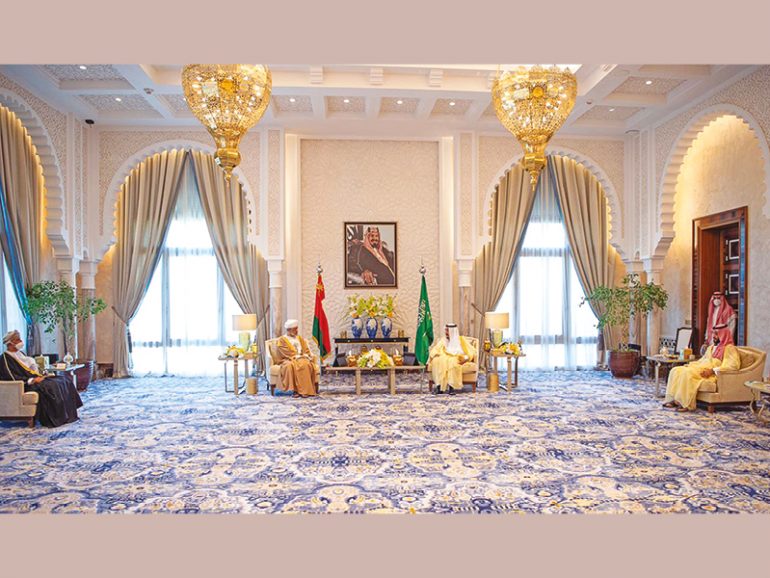 His Majesty Sultan Haitham bin Tarik and the Custodian of the Two Holy Mosques, King Salman bin Abdulaziz al Saud of the Kingdom of Saudi Arabia held a round of official talks at Neom Palace on Sunday.

At the outset of the talks, the Saudi King expressed his warm welcome to His Majesty the Sultan and commended the solid foundation of bilateral relations and the strong ties between the two countries. King Salman lauded the progress made in all spheres, noting that this visit will give impetus to bilateral cooperation and joint coordination.

The two leaders expressed their satisfaction with joint coordinations and understanding on issues of common concern, notably recent regional and international developments.