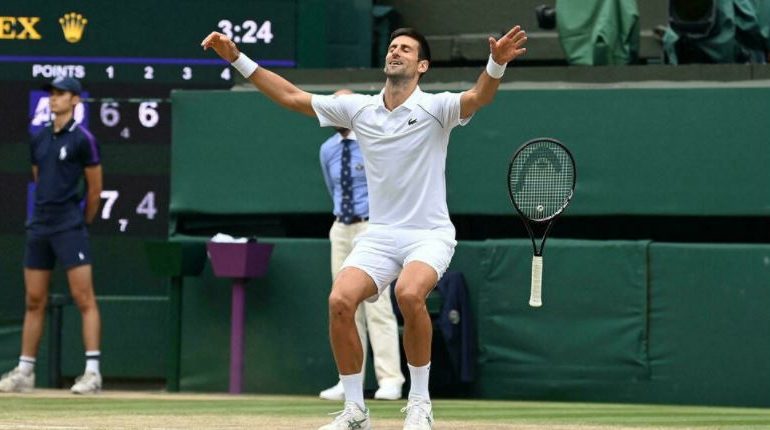 His win also put him three-quarters of the way to the first calendar Grand Slam of all four majors since 1969.

“It was more than a battle. He is a true Italian hammer I felt it on my skin,” said Djokovic.

“It means none of us three will stop. Roger and Rafa are legends they are the reason I am where I am today.”

Berrettini, the first Italian to reach a Wimbledon singles final, just fell short of emulating Boris Becker in 1985 in winning Queen’s on debut and then adding the Wimbledon crown a few weeks later.

“Novak is a great champion he is writing history on this court,” he said.

“It is not the end it is the beginning for me.

“Without my family, friends and team all this would not have been possible so I just say Grazie Grazie.”