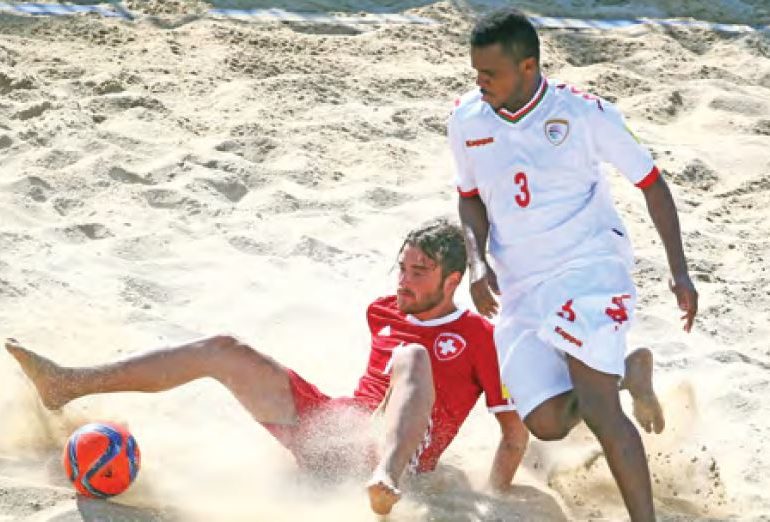 Oman have been pooled along with defending champions Portugal, Senegal and Uruguay in Group D at the forthcoming FIFA Beach Soccer World Cup Russia 2021, which will begin in Moscow on August 19.

The draw was held on Thursday at the Home of FIFA in Zurich, Switzerland.

Record five-time champions Brazil will square off against Switzerland, whom they beat in a thrilling Dubai 2009 final, 2011 semifinalists El Salvador and Belarus in a mouth-watering Group C, while Tahiti, the two-time runners-up, face an intriguing clash with Spain in Group B. UAE and tournament newcomers Mozambique make up the pool.

Hosts Football Union of Russia will kick off the tournament on August 19 against US. The teams have Japan and Paraguay for company in Group A.

Portugal legend Madjer, who helped conduct the draw, said, “It’s going to be a tough tournament. Portugal will face three national teams we know quite well because we played against them in previous World Cups. We hope to go through.”

The 11th edition of the FIFA Beach Soccer World Cup champions will be crowned on  August 29. The competition will be held in its entirety at the Luzhniki Olympic Complex in Moscow.

This will be the fourth appearance of Talib Hilal-coached Oman side at the World Cup. Oman play their opener against Portugal on August 20 before taking on Uruguay on August 22 and concluding their group engagements against Senegal on August 24.

Oman’s maiden participation was in 2011 in Ravenna, Italy. The other two previous World Cup Oman took part was in Espinho, Portugal in 2015 and in Asuncion, Paraguay in 2019.

Oman will travel to Ukraine for a warm-up camp on July 20 before proceeding to Moscow.