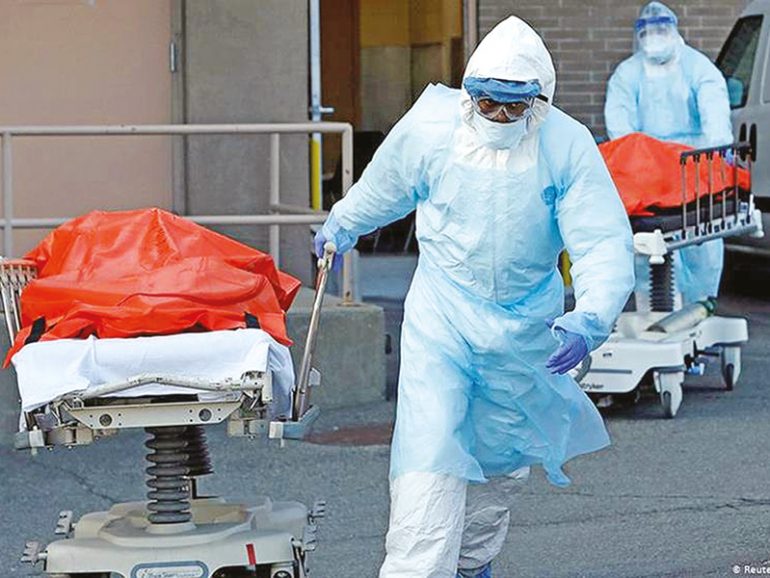 Top officials in the Ministry of Health (MoH) have called on all to adhere to preventive and precautionary measures to preserve lives and take pressure off the healthcare system as the death rate increased by 372 per cent compared to the previous wave.

H E Dr Ahmed bin Mohammed al Sa’eedi, Minister of Health, said earlier that partial and full lockdowns have shown to reduce the number of cases. In the context of the upcoming

Eid al Adha, he asked people to refrain from gatherings. “How can we celebrate Eid when we are losing dear ones on a daily basis? The decisions of the Supreme Committee depend on evidence and indicators. Closures have proven to flatten the epidemiological curve of COVID-19,” he said.

“What happened during Eid al Fitr? The gatherings and weddings led to a very sharp rise in the number of cases and deaths. What the Supreme Committee seeks in all its decisions is to preserve public health and people’s lives. After the previous closures and adherence to procedures, there was a noticeable decrease in numbers between October and January of last year for various indicators,” he added.

He said there is unease about the complete closure on the days of Eid. “This decision affects all, including Supreme Committee members, but the reason is clear. We want to reduce the spread of this pandemic and preserve human lives,” he said.

Dr Saif al Abri, director general of Disease Surveillance and Control at MoH, said, “In the current wave of COVID-19, death rate has increased by 372 per cent compared to the previous wave. We urge everyone to adhere to preventive and precautionary measures to preserve lives and the healthcare system. The Supreme Committee and the technical authorities at MoH have based their decisions on the spread of the Delta variant in about 98 countries and epidemiological study in the sultanate.”

He informed that decisions will change depending on the epidemiological map.

On Thursday, MoH reported 1,453 new cases and 15 deaths. With this, the total number of cases registered in the sultanate has reached 281,688, including 3,371 deaths; 150 patients were admitted to hospitals across the country in a 24-hour period.