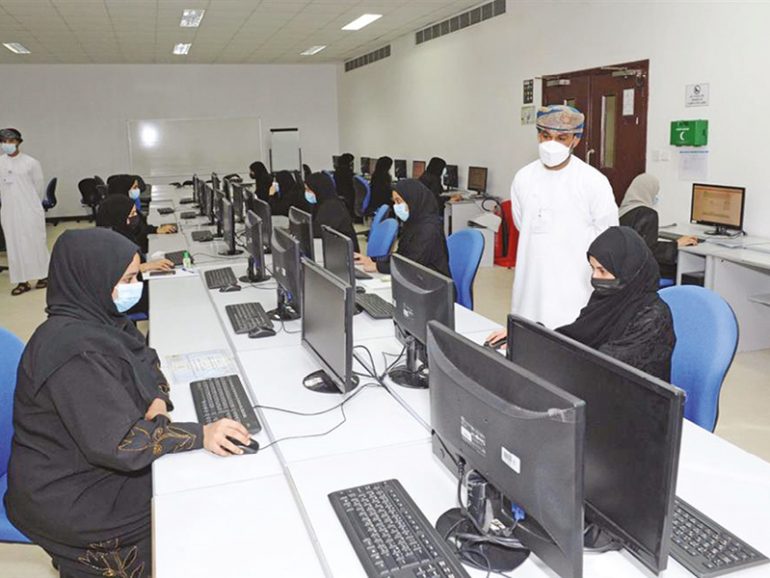 A new set of jobseekers started taking written tests at colleges of the University of Technology and Applied Sciences (UTAS) on Tuesday. The candidates are vying for employment opportunities in the public sector.

According to Shaqsi, the tests on Tuesday were conducted smoothly owing to the presence of a large number of experienced supervisory staff. UTAS facilities are ideal to conduct such tests in accordance with COVID-19 precautionary measures.

“The jobseekers, from all governorates of the sultanate, are distributed depending on capacity of each college so that all candidates can be accommodated. They will be received in sets of 600 each day over a period of three days from 8.30am to 2 pm. The tests are of 30-minute duration, followed by 40 minutes of sorting and announcement of results, after which a new group enters the exam hall,” Shaqsi said.

Elaborating on the evaluation pattern, Shaqsi said each test consists of 30 questions, of which 20 are based on specialisation, five on mental abilities and five on general knowledge.

As many as 83,038 aspirants applied after the jobs were announced.