In focus – Humanitarian crisis in Yemen 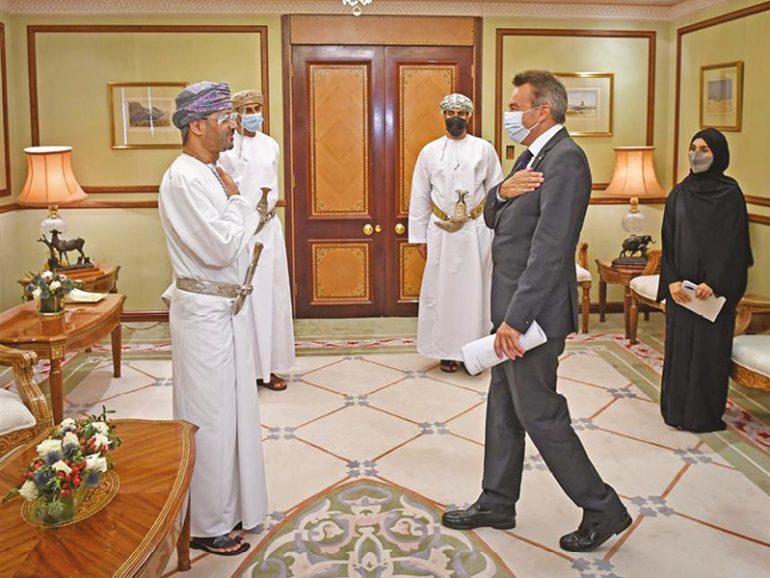 During the meeting, the current humanitarian situation in Yemen and the efforts made by all parties to end the conflict and alleviate the suffering of the Yemeni people were reviewed.

Views were also exchanged on various regional and international developments of common interests.

Maurer thanked the sultanate for its support to the humanitarian operations carried out by the ICRC, while H E SayyidBadr stressed Oman’s keenness to continue cooperation with the ICRC and its interest in humanitarian issues within the political and diplomatic efforts to find peaceful solutions to issues and conflicts.

The meeting was attended by JamilaHammami, representative of ICRC, and a number of officials in the ministry.Maurer was in Yemen in the last few days.

“I’ve just arrived in Yemen for a six-day visit to Aden and Sana’a to speak with authorities and meet with communities. No part of Yemenis’ lives has been left unscarred by the conflict. They are exhausted and cruelly exposed to food and water shortages, disease and poverty,” he tweeted on June 30.

During his visit to Yemen he spoke to MaeenAbdulmalikSaeed, Yemeni prime minister “on the urgent humanitarian challenges in Yemen and the work of ICRC”.

According to ICRC, the conflict in Yemen is entering its sixth year, making it the world’s biggest humanitarian crisis.

‘Thousands of civilians have lost their lives and property. Nearly 4mn people have been forced to flee to safer places across the country. Essential services have almost collapsed, leaving millions of people in Yemen vulnerable to a humanitarian crisis. Yemen is facing the world’s largest food security emergency, leaving nearly 20mn people – representing 66 per cent of the country’s population – in need of humanitarian assistance,’ stated ICRC.