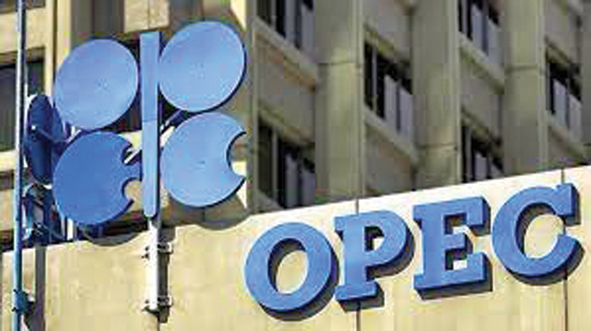 After failing last week to agree on crude oil output levels, the 23 members of the OPEC+ group of producers called off a meeting planned on Monday to overcome the impasse, a source close to the alliance told AFP. No new date was given for them to reconvene.

Since May, the group has raised oil output little by little, after slashing it more than a year ago when the coronavirus pandemic crushed demand.

At stake is the current proposal that would see the world’s leading oil producers raise their output by 400,000 barrels per day (bpd) each month from August to December.

That would add a further two million bpd to markets by the end of the year, helping to fuel a hoped-for recovery in the global economy as the coronavirus pandemic is brought under control.

But that plan risks being delayed or even failing over a further proposal to extend the cap on incremental increases through to the end of 2022.

In one, there is no deal and no increase in production, sending oil prices shooting up, he said. Another sees a “free-for-all (in) production and a collapse in the oil price”. The hold-out is the United Arab Emirates, which on Sunday criticised the terms of that extension as unjust.

A video conference between OPEC members and their 10 allies was due to begin at 1300 GMT on Monday, but the meeting was called off a few hours later with no new date set.

Oil prices, which had already been sliding over concerns about the global economy, slumped in April 2020 when the coronavirus spread around the world and battered global consumption, transport and supply chains. OPEC+ decided to withdraw 9.7mn bpd from the market and to gradually restore supplies by the end of April 2022.

The April 2022 deal on capping output now seems too close, and some members want to extend the period until December 2022 – and this is what Abu Dhabi objects to.

It was this issue that caused last week’s talks to break down. The meetings, more used to big hitters Russia and Saudi Arabia setting the agenda, were confronted with the UAE’s refusal to toe the line.

“It is the whole group versus one country, which is sad to me,” Saudi Energy Minister Abdulaziz bin Salman told Bloomberg TV.

In a separate interview with Al-Arabiya television aired late on Sunday, Prince Abdulaziz called for “a bit of rationality and a bit of compromise” ahead of Monday’s meeting.

Analyst Helima Croft, of RBC Capital Markets, went further. “The prospect of a no-deal outcome – as well as a UAE OPEC exit – has risen materially, even if it has not yet fully entered into firm base-case territory,” she wrote.