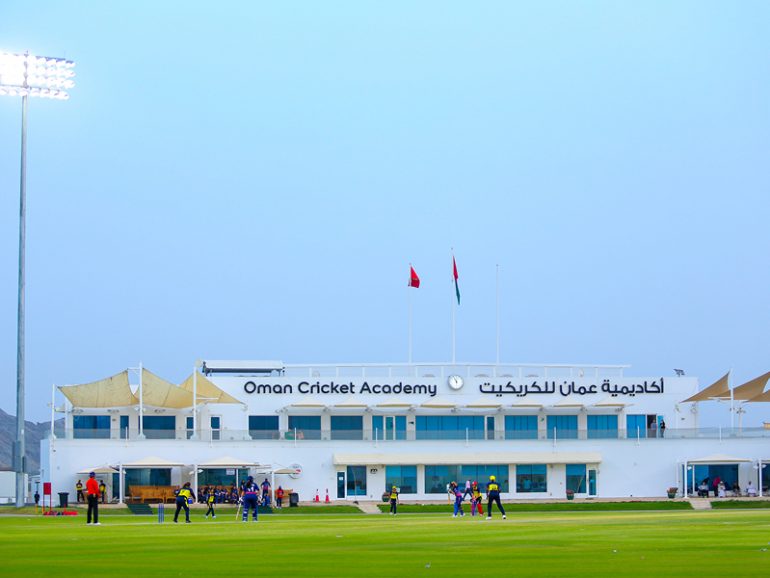 Hardly has the excitement of Oman being awarded the ICC Men’s T20 World Cup Qualifiers subsided in the sultanate, comes another encouraging news that Oman are one of the six Associate nations and 17 countries from across the world who have submitted bids for the hosting of eight men’s white-ball ICC events in 2024-2031 cycle.

ICC on Monday confirmed that Oman is one of the six Associates that have submitted the preliminary technical proposal as a potential host along with Malaysia, Namibia, Scotland, the UAE and the USA.

A total of 17 member nations have put themselves forward as potential hosts for eight events – two ODI World Cups, four T20 World Cups and two Champions Trophies – to be held from 2024 to 2031.

The hosting of the ICC World Test Championship Final, the ICC women’s and U19 events in the new cycle will be determined in a separate process that will get underway later this year.

“We are delighted with the response from our members to hosting ICC men’s white-ball events post 2023,” Geoff Allardice, the ICC’s acting chief executive, said on Monday.

“This process gives us an opportunity to extend our range of hosts and grow interest in cricket worldwide reaching more fans whilst creating a long-term legacy for the sport.

“Cricket has more than a billion fans around the world and ICC events have a proven track record of bringing significant economic and social benefits for host counties. These events provide hosts with a wonderful opportunity to work closely with local communities to grow the game whilst supporting economic and social development public policy goals.

“We will now move forward to the second phase of the process where members will provide a more detailed proposal before the ICC Board takes decisions on our future hosts later this year.”

The ICC’s men’s white-ball events have largely been hosted by the so-called ‘Big Three’ boards over the past decade or so.

India were due to host this year’s T20 World Cup before it was shifted to the UAE and Oman due to the COVID-19 pandemic, while Australia are set to host the next T20 World Cup in 2022.