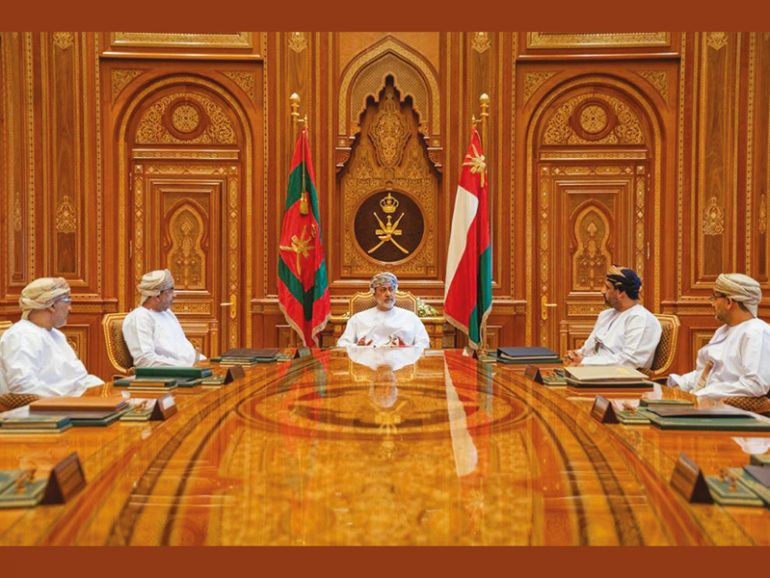 As part of the Royal attention that His Majesty Sultan Haitham bin Tarik accords to the issue of employment of jobseekers, considered among the top priorities of the government, His Majesty the Sultan presided over a meeting of the Supervisory Committee of the National Employment Programme (NEP) at Al Barakah Palace on Monday.

His Majesty the Sultan reviewed the major challenges to the jobseekers’ employment file. He studied an analysis of the current labour market situation, related factors and indicators, and the efforts exerted by the government in this respect.

During the meeting, His Majesty the Sultan looked into the plans of NEP, its method of functioning and the objectives of the programme in the next stage.

His Majesty the Sultan also reviewed the progress made in the employment programme through a set of initiatives made to provide opportunities for jobseekers in the government (civil as well as military) and in the private sectors.

His Majesty the Sultan gave directives to combine the efforts of all government and private parties in their endeavour to support  NEP and implement it. The aim is to accelerate the study of the challenges facing employment and draft more comprehensive plans and programmes to generate employment for jobseekers in a sustainable manner in line with  Oman Vision 2040.

His Majesty the Sultan pledged to accord his Royal attention to NEP and affirmed that he will closely follow-up the programme to ensure it yields the desired outcome.

The meeting was attended by members of the Supervisory Committee of NEP and the Head of the Private Office.