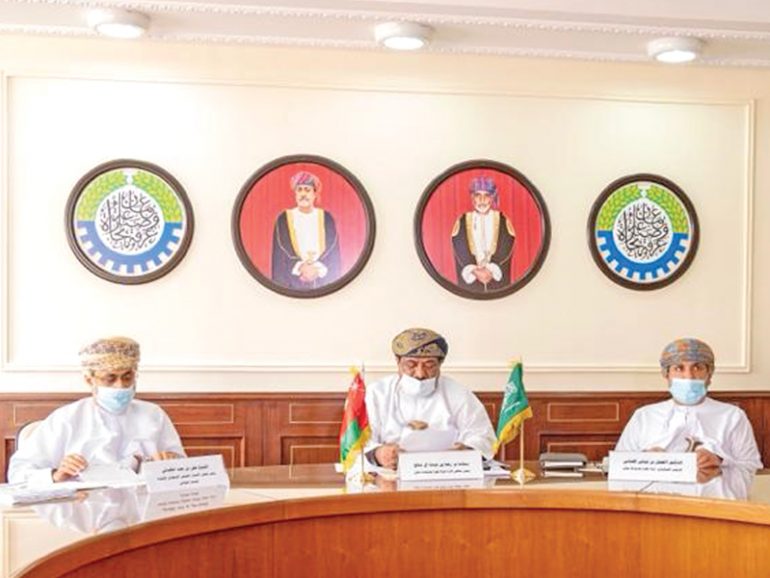 Oman Chamber of Commerce and Industry (OCCI) and the Council of Saudi Chambers held a virtual meeting on Sunday during which the two sides discussed means of expediting  investment opportunities available in the two countries.

The Omani side was led by Eng Ridha Juma al Saleh, chairman of OCCI, and Ajlan Abdulaziz al Ajlan, head of Saudi Chambers, from the Saudi side, in the presence of ambassadors of both countries.

Eng Saleh underscored the significance of efforts being undertaken to foster economic and commercial cooperation between the private sectors in both countries. His speech also dealt with ways of exchanging expertise and consolidating efforts of business and economic firms specialising in the two countries’ target sectors and visions – Oman Vision 2040 and the Saudi Vision 2030.

He informed that the value of Saudi investments in the sultanate stands at RO105mn.

Ajlan’s speech focused on the depth of Omani-Saudi strategic economic relations, noting that the kingdom, in its 2030 vision, seeks to enhance ties with other countries, including Oman, and  affirmed Saudi support for the economic drive.

“We strive to expand aspects of cooperation in all economic spheres and study investment and business opportunities available in the two countries’ private sectors,” said Ajlan. This, he observed, involves a greater sense of responsibility to be shouldered by both parties with a view to augmenting the volume of commercial exchange to the levels desired by the private sectors.

“In the near future, we may sign a number of commercial agreements between the two sides and many of these agreements will deal with the private sectors,” said H H Sayyid Faisal.