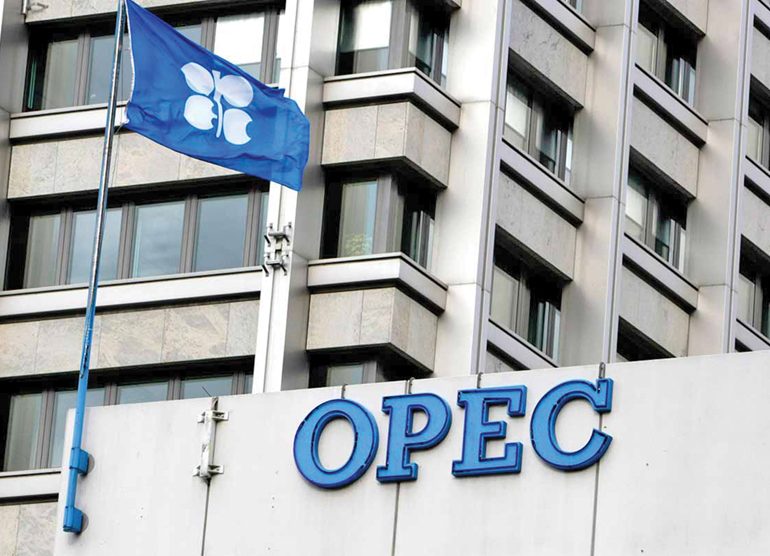 The members of the OPEC+ alliance of oil producing countries failed to reach agreement on production quotas from August at a meeting on Friday, with the group saying talks had been adjourned until next week.

A statement late on Friday evening from OPEC said that the meeting had been adjourned and would reconvene on Monday at 1300 GMT (3PM local time at OPEC’s Vienna headquarters).

Earlier on Friday a Russian government spokesman had refrained from commenting when asked if the current impasse could produce a crisis like that seen in March 2020.

Back then, a falling out between Moscow and Riyadh sent US crude prices below zero for the first time in history.

The hitch in Thursday’s discussions came ‘due to the UAE raising a last-minute objection to the Russian-Saudi Arabia deal reached earlier in the day’, according to analysts from Deutsche Bank.

“The UAE, which has raised its production capacity since 2018 when the individual baselines were set, insisted on having its baseline lifted by 0.6mn barrels per day (bpd) to 3.8mn bpd, thereby allowing them a unilateral production increase within the current quota framework,” according to Ole Hansen from Saxobank.

“Negotiations… will be difficult as OPEC+ knows that if the UAE is allowed to produce from a different base, other members may protest,” said Louise Dickson from Rystad.

The Bloomberg agency reported on Thursday that an agreement had been floated which would involve raising production by 400,000 bpd each month from August onwards, reaching an extra 2mn bpd by the end of 2021.

This would fit the broad strategy followed by OPEC+ since May: gradually increasing output which it had drastically cut in reaction to the collapse in demand at the beginning of the coronavirus pandemic.

Since the beginning of the economic crisis, the group has held almost monthly meetings to coordinate their response.

Their strategy has succeeded in steering prices back upwards – they are now at levels not seen since October 2018.

The alliance has to navigate a complex market, characterised by an uptick in demand which may yet turn out to be fragile, as well as the possible complication of a return of more Iranian exports in the medium term.

In addition, current high prices are prompting grumbles from large crude consumers such as India.