ASA to get first five-bladed Airbus H145 helicopter in ME 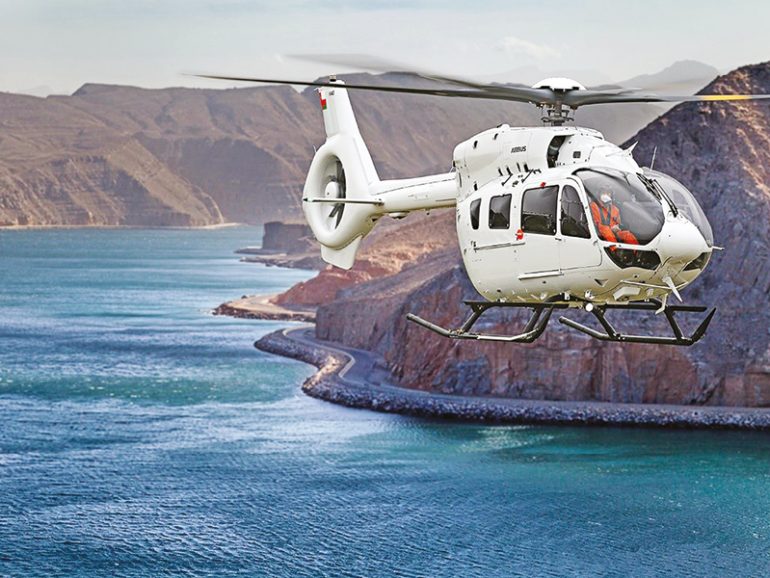 Al Sharqiya Aviation (ASA), the only commercial helicopter operator in the sultanate, announced on Thursday that it will shortly take delivery of its first Airbus H145D3 helicopter, leased from the Milestone Aviation Group Limited (Milestone).

Not only is this the first five-bladed Airbus H145 for the ASA, but it is also the first to be delivered to a customer in the Middle East, according to the company.

The addition of the new helicopter will support the ASA’s fleet expansion and will enable the provision of reliable onshore and offshore passenger transport and emergency medical aviation services throughout Oman.

Milestone is also providing the ASA with a number of training slots and a state-of-the-art disaster management kit to support them with the phasing-in of this new helicopter type into its fleet.

Tariq al Barwani, CEO of Al Sharqiya Aviation, said, “Al Sharqiya Aviation is thrilled to be the first operator of the five-bladed H145D3 variant in the Middle East. The H145D3 complements our fleet perfectly and fulfils a variety of mission profiles which match our overall business development objectives. We have been working closely with Milestone on this project and we are grateful to have Milestone as our leasing partner in this transaction where a certainty of execution is critical to delivering for our customers.”

Michael York, head of Emerging Markets at Milestone, said his team was proud to have been selected by the ASA as their leasing partner in this transaction. “The H145D3 is a new type for the ASA, which will provide them with a whole new level of helicopter capability and technology,” he added.