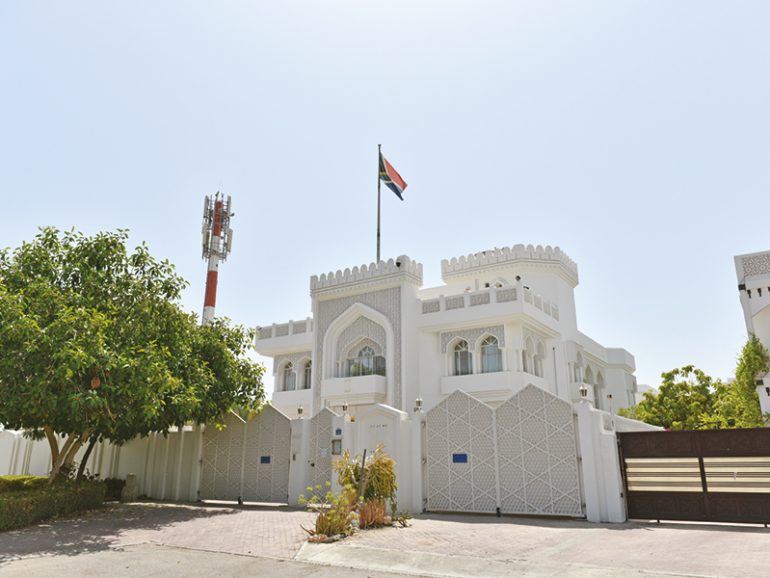 The South African Embassy in Muscat has announced its closure from June 30.

“The only factor driving us to close our embassy in Oman is the exasperating financial constraints as a result of the COVID-19 pandemic, which is still ongoing.

Twelve missions are being closed around the world.

According to Tania, South Africa intents to continue strengthening diplomatic, political and economic ties with Oman through its embassy in Riyadh.

“The South African government lays great importance to its relationship with the government and people of Oman, and we intend to continue fostering the relationship that has existed between us since the two countries opened diplomatic missions in respective countries,” Tania said.

The Oman-South Africa Friendship Association (OSAFA) will continue to work under the umbrella of the embassy in Riyadh.

The non-resident ambassador will approach Omani authorities at the relevant time and present his credentials for which the process is currently underway.

Text and photo by Syed Fasiuddin