Speak in one voice against terrorism: Oman at UN meet on terror 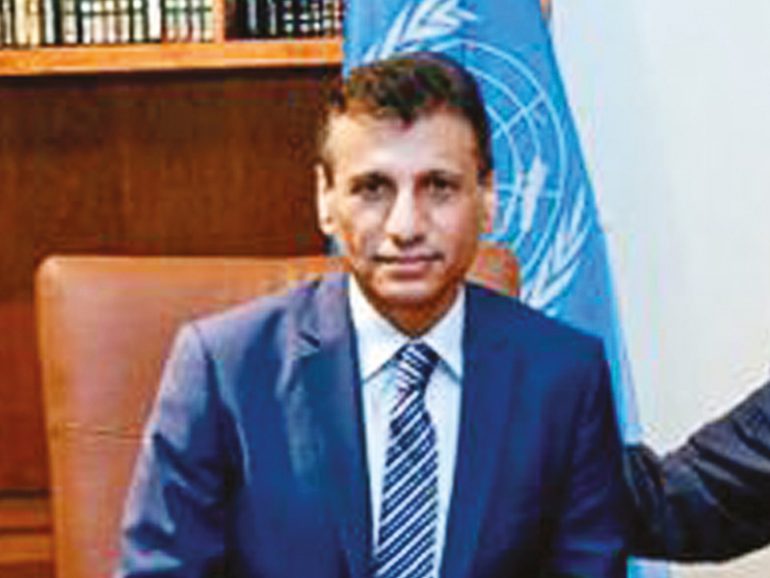 The sultanate has reaffirmed that terrorism affects many areas of the world and that it is a global phenomenon not inherently associated with any particular religion, belief,country or people.

This was stated in a speech by H E Dr Mohammed Awad al Hassan, Oman’s permanent representative to the UN, at its second high-level conference held in New York on combating terrorism on Monday.

H E Dr Hassan added that terrorism is a global problem  that requires global solutions. “Terrorism threatens the security and stability of whole countries and its remedy lies in global solutions.”

Oman called upon the international community to act unitedly, apply one criterion and speak in one voice against terrorism, avoiding double standards.

In the speech, the sultanate called for a reversal of the current stereotypical image based on prejudices and racism. It noted that these misconceptions  lead to spreading negativities that are no less damaging and evil as racism, like hatred of Islam (Islamophobia), hatred of Muslims and hatred of disciples of other religions and foreigners. “Religion has nothing to do with terrorism and terrorists represent themselves and their extremist views. No one should be carried away by extremist slogans promoted by some,” said H E Dr Hassan said in his speech.

The sultanate also called for respect of religions, sanctities and symbols of all peoples. It explained that freedom of expression does not warrant harming, humiliating or despising others.

H E Dr Hassan pointed out that ignorance, poverty, suppression, racism, hatred and foreign occupation are all instigators of extremism and terrorism. The establishment of justice and the propagation of social awareness are means of protection and security that need to be supported and financed by the international community through tangible steps and programmes.

He pointed out that no strategy to control terrorism could succeed unless it is based on solid foundations of respect for  international law and human rights, and liberty of individuals and societies. The speech also stressed the need to secure the rights of women, children and all other segments of society.