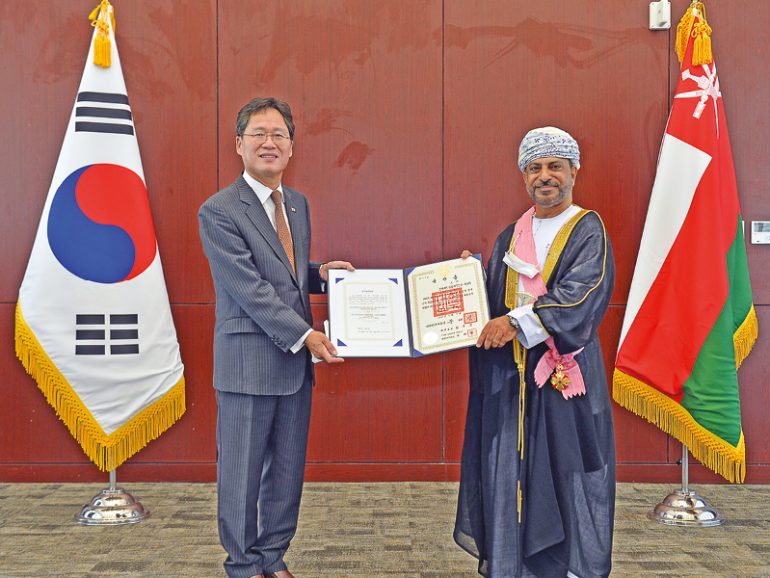 Retired Ambassador Harthy served more than a decade in Seoul, from December 2009 to December 2019. He was elected chairman of the Korea-Arab Society (KAS) in 2016 and served two consecutive terms until 2019. Also, Harthy was the dean of Diplomatic Corps in Korea from 2016 to 2019.

Against this backdrop, the Gwanghwa Medal was presented to Harthy in recognition of and appreciation for his outstanding and meritorious services rendered towards the promotion of friendly relations between the Republic of Korea and the Sultanate of Oman.

During the awarding ceremony, H E Kim praised the unprecedented role of Harthy in widening the scope of the cooperative partnership between the two countries. In return, Harthy reiterated the importance of the bilateral relations and expressed his appreciation for the Korean government in supporting his services in Korea.

The awarding ceremony was held in the premises of the Korean Embassy and was attended by family members of Harthy as well as senior officials of the Foreign Ministry of the sultanate, including Humaid bin Ali al Maani, chief of Global